Words From a Cuban Father 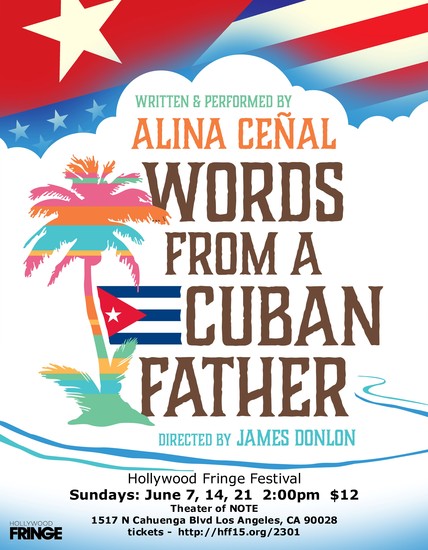 “Words From a Cuban Father”

Written and Performed by ALINA CENAL
Directed by JAMES DONLON
Mambo, carnival, revolution, my father and Fidel, Miami, hotdogs, drag queens, the circus, Hollywood, music and dance highlight Cenal’s bilingual experience of being yanked from her native Cuba as a child and yearning to return. Beginning with scenes of a little girl dancing in a pool of sweat to her native drums, to fighting for her name, and confronting stereotypes as a Hollywood actress, the piece recognizes the strong presence of her father as she tries to make her way through the American landscape.  Using music and dance, Alina creates a provocative glimpse into this passionate and sometimes hilarious journey.