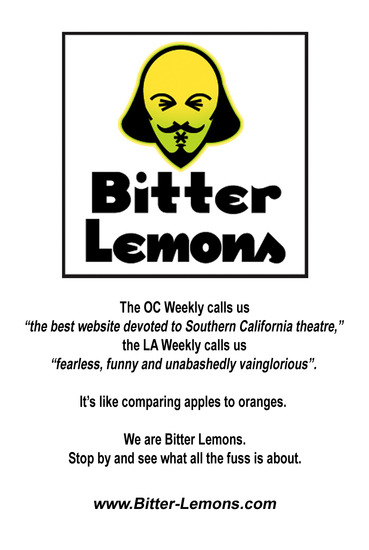 Sponsored by Los Angeles’ fastest growing and most popular theater site, Bitter Lemons – the place where the Ancient Art of Theater Meets the Twenty First Century – and moderated by its Editor-in-Chief, Colin Mitchell, The Crisis in Coverage: The Fourth Annual Bitter Lemons’ Critics Panel will be an entertaining, informative, irreverent, but mostly, substantive discussion on the state of theater criticism in LA and beyond, tapping the best critical minds in LA Theater.

There will be ample time for audience Q&A.

RSVPs are highly encouraged as seats will fill quickly.