Harmon Leon in Yank Me 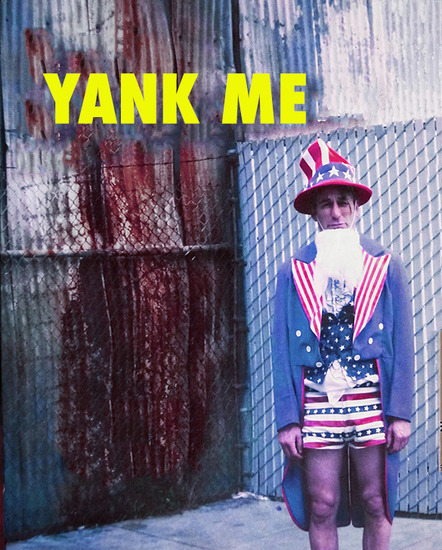 VICE contributor & International comedian Harmon Leon has made a career out of going undercover and infiltrating extremist subcultures in America.

Harmon’s your multimedia tour guide into the diseased underbelly of America, as he brings to life such horrors as the America’s Most Beautiful Baby Contest and costarring on a hidden camera show with OJ Simpson – called “Juice’d.”

Weird, wildly original, and incomprehensible, Harmon brings to light the dark side of American culture.

Harmon Leon is the author of 6 books and writer for VICE and The Nation.
He has appeared on the Howard Stern Show, Last Call with Carson Daly, Penn & Teller’s Bullshit, and Spike TV’s 1000 Ways to Die. He’s performed at the Montreal, Edinburgh, Vancouver, and Melbourne Comedy Festivals.

“A comedy force to be reckoned with.” *****Edinburgh List

“Leon takes a risk with his comedy and audiences should too.” **** ½ Adelaide Advertiser

“This was the kind of risky performance the Fringe is supposed to be about. See this if you truly want to see something edgy, funny and different!” Rip It Up/Australia