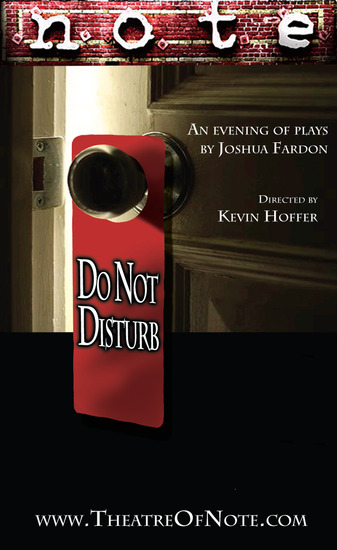 Do Not Disturb is a funny, dark and engrossing evening of one-act plays. Written by Joshua Fardon, directed by Kevin Hoffer and featuring talented NOTE actors, the plays involve uninvited guests, offensive ideas, indecent proposals, longing, violence, foul-mouthed angels, alcoholism, sex, hurtling statues, Facebook, infidelity, stalking, cartoons and unsolved equations. This night takes you to the edge of madness then gives you a shove. Not for the weak or the faint of heart, Do Not Disturb is an equal-opportunity boundary-breaker which provides something to disturb every sensibility.