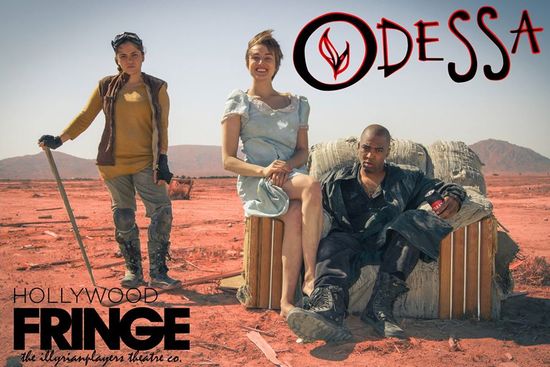 Meet Alice.
She lives in a bunker underground.
She’s from Dance.
She doesn’t go Outside. Up Top.
She needs more Clean.

This production contains strong themes/depictions
of sexuality, violence and adult language.
Not recommended for audience members under 16.

Set within the confines of an underground bunker in a post-apocalyptic world, Odessa is a futuristic myth about the complex intersections intimacy, isolation and identity.

The story revolves around the journey of a young woman named Alice who lives inside the safety of her bunker, terrified of the barren and hostile world Outside. She is visited regularly by Cliff, who brings her the Clean she needs to survive in exchange for physical intimacy. Each the other’s sole human connection, Cliff and Alice find their tired emotional contract threatened upon the arrival of Preacher, a volatile young girl, who exposes Alice to the greater possibilities of the Outside.

Playwright McClain is working closely with the Illyrians to evolve the World Premiere of this powerful new work.

Playin in THE LAB at THEATRE ASYLUM: