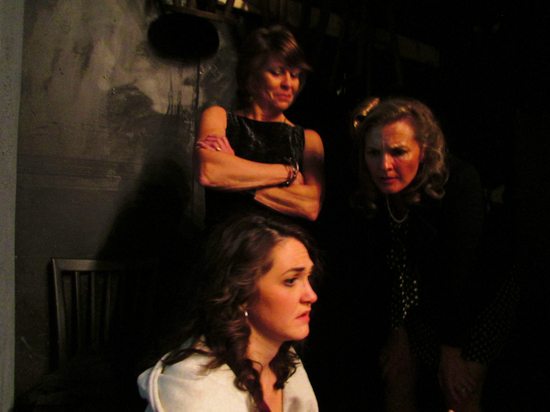 Sheila, a forty-something New York screenwriter with no substantial credits to her name, hires actors to help her develop film ideas through improvised scenes in an attempt to chase an elusive life and a fading dream. She has rented a studio loft for a film session with two actresses who are working with her on her current project: one, her long-time friend and experienced actor, Manda and the other, inexperienced twenty-something, Lacy, who has played opposite Manda in several sessions. Through the guise of an improv in which actors are encouraged to uncover something truly honest and interesting, hidden agendas reveal potential truths that gravely affect their relationships and sanity. “Improvisation is a great tool for exploring the truth without ever knowing the reality,” says Sheila. That statement proves ultimately fascinating as the audience is challenged to separate truth from fiction in the minds of these women regarding friendship, marriage, family, love, abuse and betrayal.