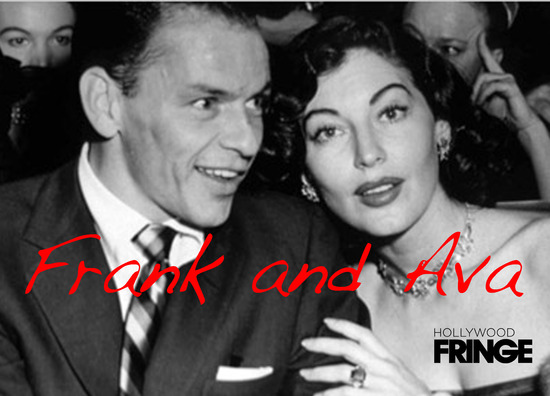 This show is running every Sunday at 7:00 until November 24th.
Tickets for this show are now available at: http://www.brownpapertickets.com/event/481654

Ava Gardner was the sex symbol who dazzled all the other sex symbols—a fabulous, jaw-dropping beauty who became a Hollywood star. Frank Sinatra was a pop singer who became one of the most popular and successful performers of his time.
The torrid and tumultuous relationship between these two showbiz icons is brought to fiery life in FRANK AND AVA, the new play by Willard Manus which premiered at the 2013 Hollywood Fringe Festival.
Directed by Kelly Galindo and produced by David Svengalis/Mahoobla Productions, FRANK AND AVA tells the story of two people who loved each other as if love were a battle to the death.