Fathers at a Game 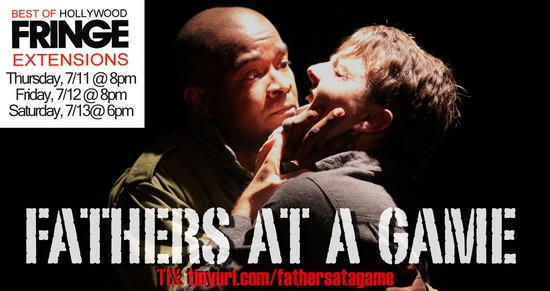 “The play “Fathers At A Game,” at East Theatre at the Complex in Hollywood is an excellent example of why the Hollywood Fringe Festival is equivalent to off-off Broadway. Somehow it attracts brilliant directors (Vesna Hocevar); writers (Trey Nichols); and actors (Luke Baybak, Tony Williams, Wendy Elizabeth Abraham)." — Examiner.com

“…disturbing…an in-depth examination of how far one friendship can go.” —LAWeekly

Fathers at a Game was a finalist in Moving Arts’ Premiere One-Act Competition.