At Home at the Zoo 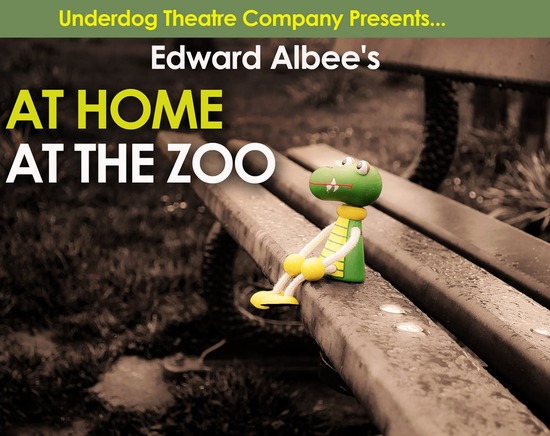 In 2005, Edward Albee surprised the theater community when he revisited and transformed his very first play, The Zoo Story, 50 years after it was first produced. Now,Underdog Theatre Company is staging the reinvented play, retitled Edward Albee’s At Home at the Zoo. This enlarged and powerfully provocative reworking adds the prequel Home Life to Albee’s classic Zoo Story. The new first act tells the story of Peter, a book editor, and his wife Ann. Though they seem to have it all — house, daughters, cats and a pair of parakeets — the couple struggles to find the spark in their marriage. The tone changes dramatically when Peter goes out to the park and meets Jerry. Jerry’s desperate need to connect and his arsenal of oddball stories contribute to an ending that, more than a half century later, still shocks.

Come see Underdog Theatre Company’s first show and be a part of an exciting beginning to something great.