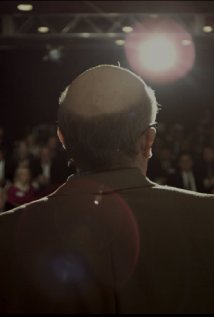 ‘Bob Birdnow…’
a one man play by Eric Steele

‘Bob Birdnow…’ tells the story of a courageous pilot who, in the face of a terrible tragedy, finds a way to endure. In this poignant drama, Steele explores the connection between our survival mechanism and our larger purpose in life. Bob Birdnow’s plight reminds us that pain and tragedy light the way to salvation and that the darkest of times are an opportunity for clarity. Life is hard, and tragedy is harder, especially when the loss of a loved one is at its epicenter. But in this play there’s a glimmer of hope: that through our pain, we can find our greatest self, pick ourselves up and get on with the business of life…living.

Eric Steele is a playwright, filmmaker and producer from Dallas, TX. “…one of the most exciting artists in Dallas. His voice is provocative, insightful and wildly entertaining." Producing credits include Sundance Official Feature Film Selection “Pit Stop” directed by Yen Tan (2013), Clay Liford’s “WUSS” (2011) which premiered at SXSW and won the Audience award at AFI, and “the Verdigris” a documentary about Will Rogers (in production). Writing and directing credits include “Bob Birdnow’s Remarkable Tale of Human Survival and the Transcendence of Self” (2013), “Cork’s Cattlebaron” (2012) which premiered opening night Maryland Film Festival, Hamptons International Film Festival, and won “Best short” at NorthSide Film Festival. Steele’s play “the Midwest Trilogy” won the DFW Theater Critics Forum for ‘best new play’ of 2011 after a national debut at Second Thought Theater. In 2010, Steele and three other filmmakers (Adam Donaghey, Jason Reimer, and Barak Epstein) formed Aviation Cinemas Inc and now operate the Historic Texas Theatre in Oak Cliff, TX.

HISTORY OF THE PRODUCTION:

Second Thought Theatre produced the world premiere production of Bob Birdnow at The Festival of Independent Theaters in Dallas, TX in July of 2011. The production, starring Dallas’ own Barry Nash, was met with critical acclaim and won multiple awards for theatrical excellence. Shortly thereafter, Second Thought Theatre remounted the play as part of its 2011-2012 main stage season in March of 2012. It was coupled with two short films (Cork’s Cattlebarron and Topeka) which combined form The Midwest Trilogy by Eric Steele, a series of films/plays based on the ongoing war of ideals that seem to be rooted in the middle of our country. Second Thought seeks the opportunity to share the play Bob Birdnow with a wider and more diverse audience by traveling the one man show throughout the country, one stop at a time.