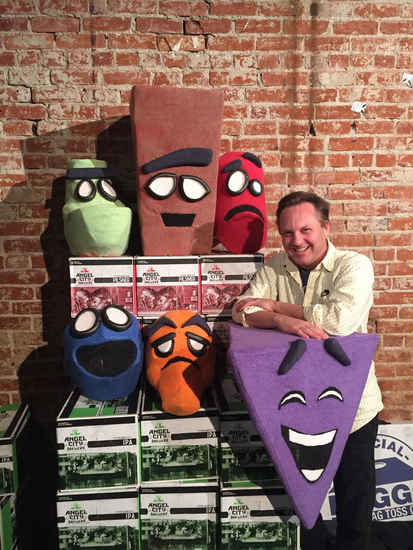 Allow me to introduce myself — I’m Steve Troop, one of the creators and creature builder of the award-winning Fringe Show, “Alien vs. Musical.” That must be how the Fringe staff first became aware of my work… or maybe because I’ve been begging Fringe staff to rebuild the Freak costumes for the last several years!

Earlier this year, we finally struck a deal for me to rebuild five of the six heads for the 2017 festival. One of the things that Ben Hill wanted for the new Freaks was for me to do my own “spin” on the characters. Also, they should be light, durable and cheap.

Before I was a puppet builder, I was a cartoonist, so I decided that I wanted to make all of the characters a lot more cartoony. I did a series of sketches of the Freaks making weird faces. As luck would have it, the Hollywood Fringe was also running their contest for the Guide Cover, so I was able to further refine the characters while working on my submission. In a perfect world, I would have had my cover on the Guide, my Freaks running around and a show in production this year. Something to look forward to in 2018, I guess! 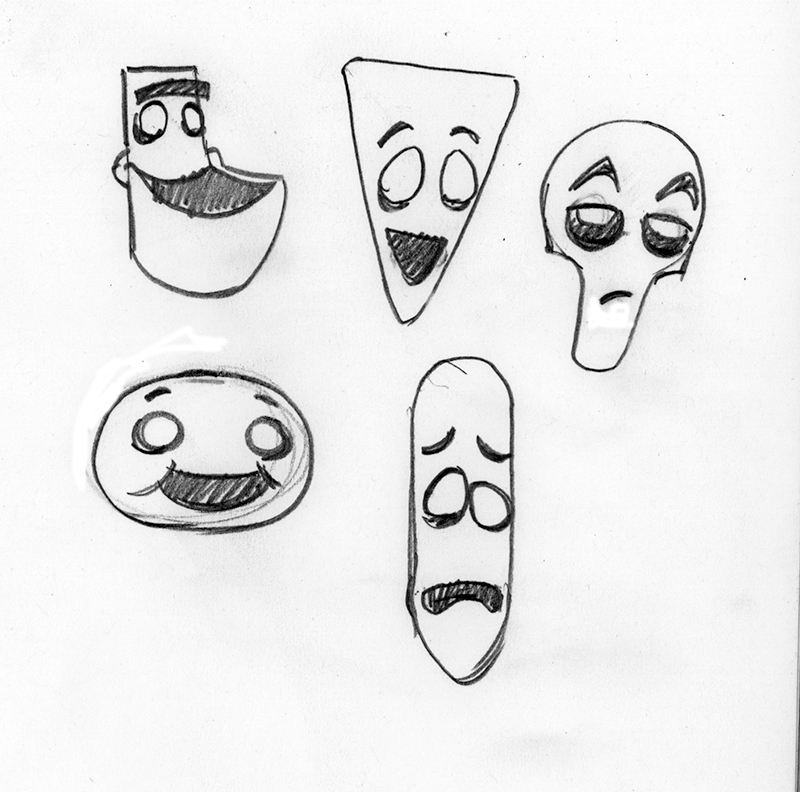 Anyway, after I figured out what the new heads were going to look like (and ran out of time), I started roughing out the shapes using the cheapest foam I could find. I use flat 1/2” thick foam clued together with contact cement to the majority of my builds. I start with cheap upholstery foam ($8-10 a sheet) until I have something resembling what I’m going for, and then take the whole thing apart to make patterns so I can rebuild it using the more expensive L200 foam ($35-55 a sheet). The more expensive stuff is more durable, holds its shape better and is — most importantly — lighter than the cheap stuff. 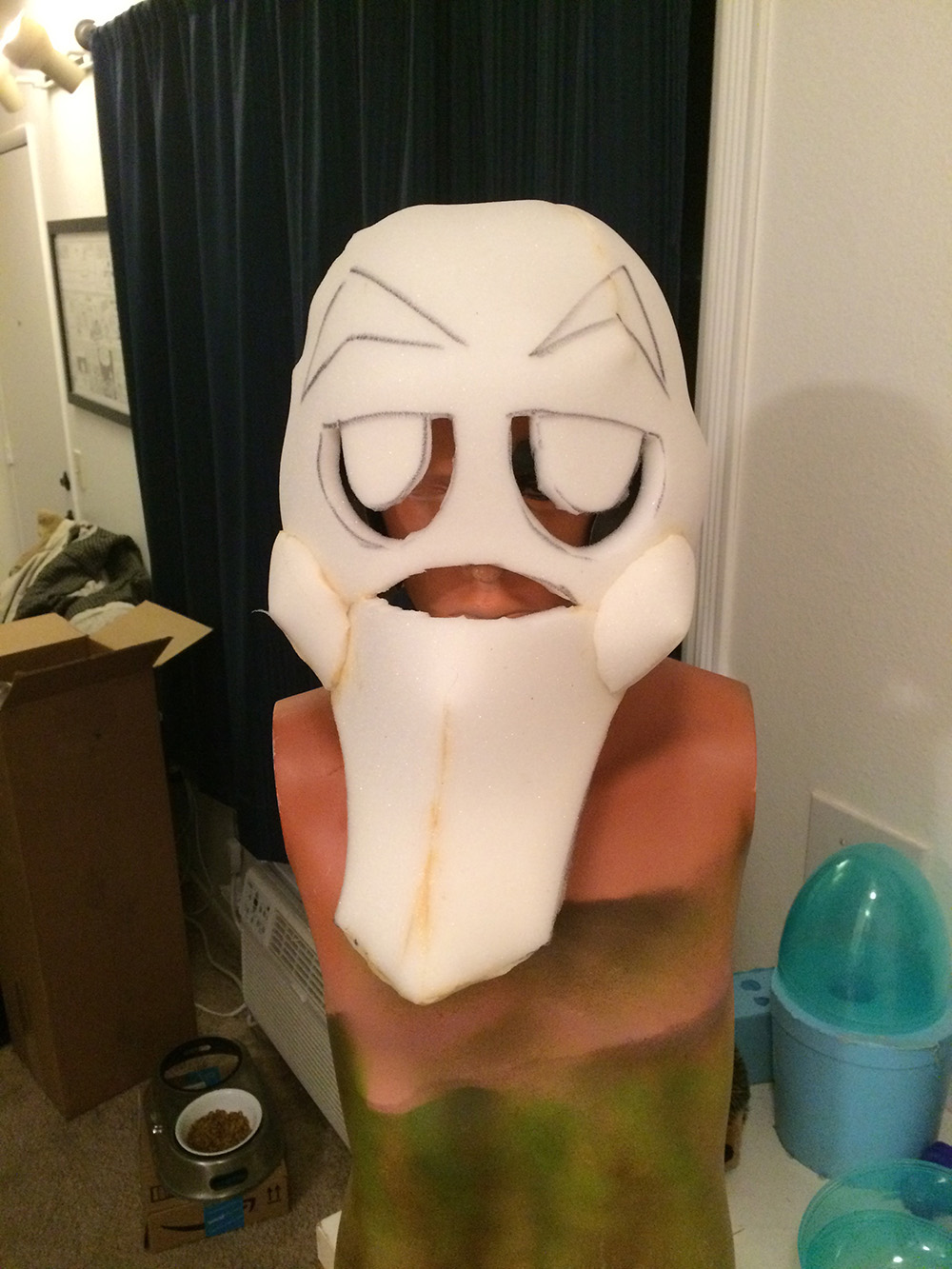 I usually try to make heads more-or-less symmetrical. During the pattern-making process, it’s possible to “true up” the patterns by tracing each half of the pattern on butcher paper, then averaging out the two sides. Then, you transfer the paper patterns to the expensive foam and glue everything together. Unfortunately, I didn’t take any pictures of this process for the Fringe heads, but my Instagram feed is full of pictures of the process on other projects.

After I had the final head built on top of a baseball helmet, I repeated the process with the “Skin” by covering it with cheap fabric, marking all the seams with a Sharpie, and then transferring it to butcher paper, truing it up and then tracing that shape onto the expensive fabric. While I was building the Freaks, my puppet shop was closing so I got a ton of free “Muppet” fleece (also called Antron Fleece). This was a considerable upgrade that should give the new heads a lot longer lifespan. Everybody wins! (except me, who now has to work out of my kitchen).

The only drawback to using Antron Fleece is that it only comes in white, so I had to dye all six colors from scratch. I did my best to match the colors, despite being color blind. Did I mention that I’m color blind? Let me tell you, it’s done wonders for both my cartooning and puppet building careers.

The last part of the process is sewing everything together. At first, I started by machine sewing what I could, but it’s much easier to hide the seams if you hand sew Antron Fleece — so aside from a few seams here and there, just about all of the heads ended up hand-sewn.

I had originally estimated 10 hours for all of the heads together, but by the time I finished, the entire process took approximately 102 hours: 26 hours for Green, 24 hours for Orange, 4 hours for Blue, 21 hours for Red, 18 hours for Purple and 9 hours for Brown. Also, I spent about 8 hours dying all the fabric. Whew!

And that, ladies and gentlemen, is why I’m not a millionaire. But — like all things Fringe, these new Freaks are a labor of love — and hopefully will entertain theatre-goes for years to come! I can’t wait to see them running around the Festival and showing up in everyone’s Instagram Accounts!

Steve’s puppet work can be seen at Puppet Design Studio.

Steve’s cartooning work can be seen at Melonpool.