REVENGE OF THE ROOTBEER: The Sequel To Night Of The Rootbeer 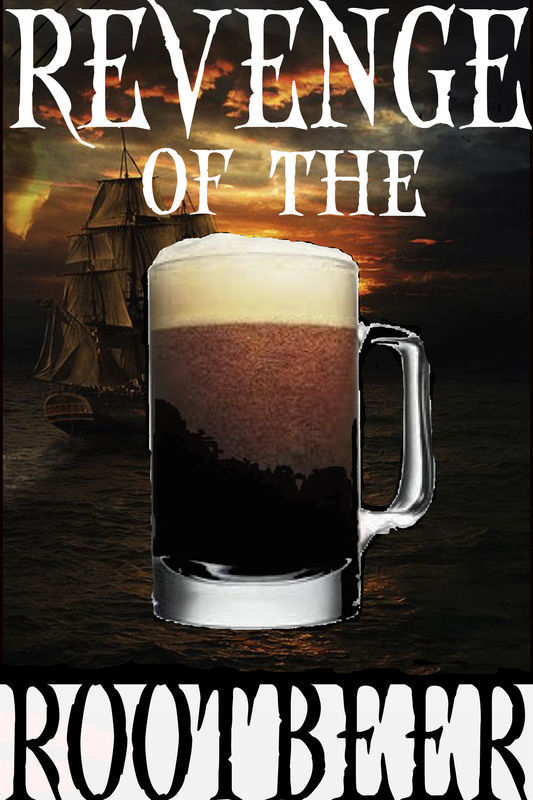 When the best 20 best friends meet at their old haunt for a reunion one year after THE NIGHT OF THE ROOTBEER, anything can happen!!

REVIEWS FOR “REVENGE OF THE ROOTBEER”

“I don’t know. it was such a whirlwind experience. Did it even really happen? I’m so confused. I hope I remembered to close my tab.”
-Thea Rivera

“Since sitting down for the duration in the same room as this, I have been consumed with a powerful thirst. No liquid can quench, no substance may satisfy. I leave now to walk across the ocean floor to the wrecked schooners of my forebears, praying the pungent brine of the Atlantic will slate this thirst. Perhaps it is a lust for the open sea. Perhaps there was something in the Rootbeer…”
-Corwin Evans

“I’m not saying I regret seeing it, I’m just saying I should have stayed home with my cats.”
-Jen DeRosa

“The Thanos of Hollywood Fringe. It snapped its fingers a year ago and nothing has been the same. When we can figure out a way to go back in time and stop this, I pray we do. But until then, the sequels are inevitable. And I fear, it is only beginning.”
-James Ferrero

“Once, when I was very young – my dog Flip was hit by a car. Unfortunately, Flip didn’t die right away. My father found him suffering in the road. And, being a stereotypical patriarchal father figure, he took this opportunity to teach his young son a very valuable lesson. So he walked me to the shed. There, before God – he took his shotgun. We walked back to the road where Flip was dying. He raised his gun and took aim at Flip, who had been in our family for fourteen glorious years. He cocked the weapon. But – before he fired – he looked at me and said: “Son…prepare yourself. One day you’re going to see a show called REVENGE OF THE ROOTBEER. And – when you do – do EXACTLY what I am about to do right now. Just…put it out of its misery. Don’t hesitate. Fire, goddamnit – FIRE!” He put one hand on my shoulder. And, with the other hand, Flip’s pain was ended.”
- Billy Ray Brewton

“This play must be destroyed. No copy of it can be allowed to remain.
Those who performed in the preview must be washed clean of their sins, at whatever cost to the rest of our morality.
The theatre must be burned to the ground, its ashes spread to the far ends of the world, and no mention of this play must ever be made again.
I will be picketing outside its front doors after I see it again.”
-Erik Blaire

“I just don’t understand a world where Fringe audiences will pack the house and laugh uproariously for a show like “Revenge of the Rootbeer,” while my three-hour one-man show, “Boy, Those Were the Days! Growing Up in Ohio” fails to sell even a single ticket….”
-Jeff Laub

REVIEWS FOR “NIGHT OF THE ROOTBEER”

“What is anything anymore?”
-Hans Gelpke

“I would like my life to be this now….What the hell just happened?? I have no idea. Do yourself a favor and see. this. nonsense. The laughs are relentless. The shenanigans are inexplicable. I had no idea I would need it but oh my goddd did I need this.“
-Kelley Pierre

“Poignant. Meaningful. Moving, Socially Relevant. Night of the Rootbeer was none of those things. But it was very funny.”
- Bart Tangredi

“This show is ridiculous! Absolutely, ridiculous! It has no business being onstage or being entertaining, but somehow it is both.”
- Victor Isaac

“See this goddamn show. See it. Pick up your things, walk to the bar, get a drink, and see it.”
-Matt Ritchey

“I don’t think I’ve ever laughed so hard at a show before.“
-Megan Esber

“This show was everything I wanted it to be, plus some things I didn’t want it to be, but that’s okay because it turns out it’s what I wanted anyway and didn’t know and… Ah fuck it, there’s just no good way to talk about this show. It’s thirty minutes of certifiable insanity and is best viewed with a marked lack of sobriety, but I imagine that even if I was sober that my brains would still have been oozing out my ears by the end.“
-Drew Pertiello

“One of the most hilarious, absurd, and flat out inane shows I’ve ever seen.”
-Benjamin Schwartz

“THE BEST THIRTY MINUTES OF MY LIFE! I want to say it’s better than sex but maybe that’s going too far….no…Ill say it. BETTER THAN SEX. You know what? I’ll go further. BETTER THAN CHURROS. Yeah. I said it.”
-Laura Wiley

“I keep typing things and deleting those things because my brain goes into a black hole when I try to recall my experience with this show. My only real impression is that I left this show feeling violated.”
-David Mayes

“Get your best 20 best friends and see this show.”
-Kim Dalton

““My overall impression?” “Summarize my thoughts?” What is this, college admission?”
-Richard Levinson