"SKANKY ME FROM KANKAKEE" - A World Premiere Rock Musical 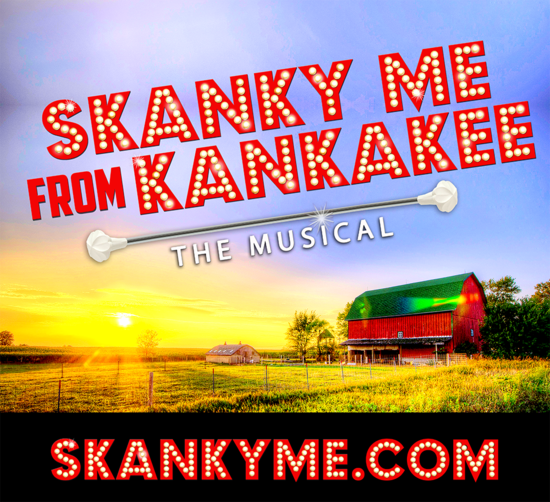 Showgirls, flaming batons, wild sex and disco balls…. all in a heartfelt coming of age/coming out original rock musical. SKANKY ME FROM KANKAKEE, a world premiere rock musical by Marc Francoeur, will set the Hollywood Fringe Festival 2015 on fire with its empowering and inspirational message of #betruetoyou.

A tale of courage in the face of a disapproving world, SKANKY ME FROM KANKAKEE is the story of one boy’s journey to self-love and acceptance.

Marc, who strives to escape his narrow-minded dead end little town, aches to live in a world where he can be free to be his true self! It is a humorous tale of navigating the perils on the path to one’s sexual identity, set against the backdrop of the Sexual Revolution. Fire Baton Twirling Football Hero, Good Son, Bad Boy, Clown, Bully…How many people have you been on the way to finding out who you are?

Major Themes: Sexual Discovery, Sexual Identification, Bullying, Self Love and Being True to Self.