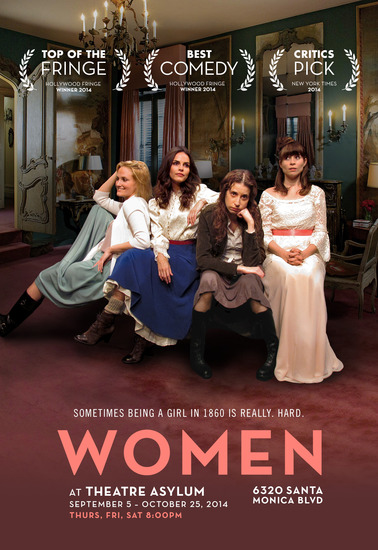 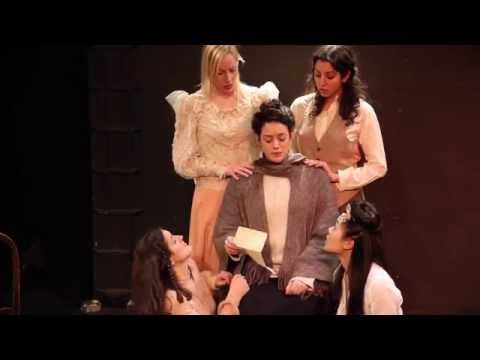 Jo March really thinks she could be the voice of her generation….or at least, a voice of a generation.

After its sold out run in NYC and taking home TOP OF THE FRINGE and BEST COMEDY at the 2014 Hollywood Fringe Festival, WOMEN returns to the Asylum Theater with an LA based cast. This fast paced comedy is a mash up of Louisa May Alcott’s classic, ‘Little Women’ and HBO’s critically acclaimed ‘Girls’, delivering a smartly crafted and hilarious 50 minute show.

New York Magazine’s approval matrix pegged it as “High Brow and Brilliant,” and Gothamist calls it “Hysterical.” Come see what all the buzz is about.