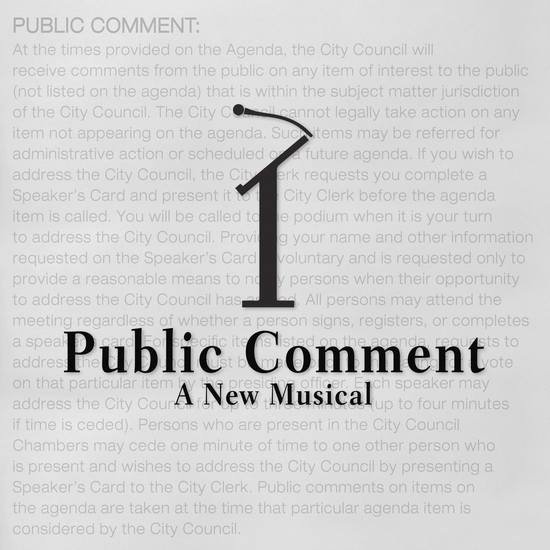 “The City of Happymont is your typical small but growing city, and while the Happymont City Council tries to keep order and get business done, the Public, or at least those who participate in Public Comment, takes up the Council’s time with Conspiracy theories, rants, and musical numbers. The council tries to get rid of Public Comment but the Public won’t give it up without a fight. It all boils down to one man who has never spoken before giving the speech of his life and saving Public Comment.”