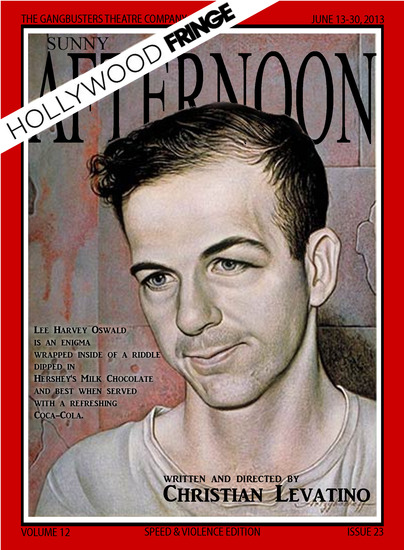 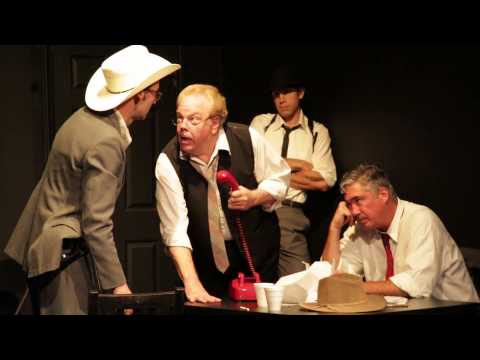 “MASTERPIECE… Not since Oliver Stone has a writer/director brought forth such a plausible conspiracy theory as Levatino does in this show… DO NOT MISS THIS SHOW – run, don’t walk”
-Examiner.com

“SUNNY AFTERNOON presents thought-provoking storytelling at its best with a cast that could not be any more perfect… the play is bold, meticulous in detail, flooded with character, and challenging in every respect.”
-Broadway World

“Serving generous portions of comedy and intelligent banter before indulging in the theatrics of conspiracy. It’s a smart look at a controversial tale out of American history.”
-Bitter Lemons

An original play in 86 minutes, based on the forty-eight hours Lee Harvey Oswald was in the custody of Dallas Homicide Captain William J. Fritz – where they discuss;
Van Heflin,
Russia,
Coca-Cola,
Jim Brown,
the AFL,
backyard photographs
&
Friday afternoon in Dealy Plaza.