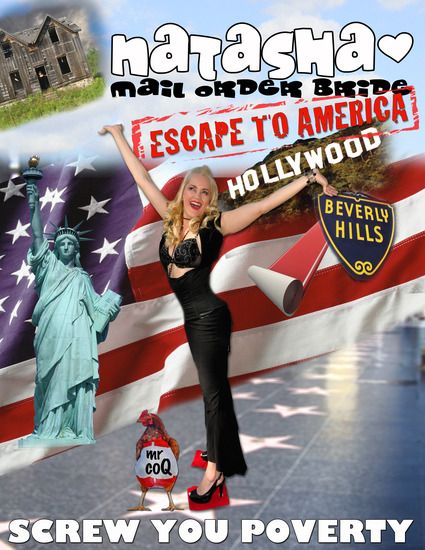 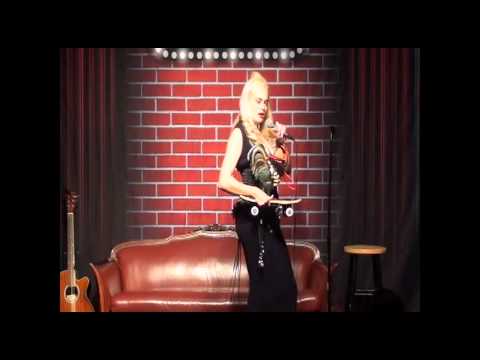 Natasha Mail Order Bride Escape to America is based on a half-hour comedy that follows the adventures of Natasha, a citizen of Crapistan, who has come to America, desperate to be a “True American”. This is an adapted stage version of the pilot, with original music and dance.

Natasha is a cross between Lucille Ball and a female Borat. Ever since she was a little girl growing up in the 4th world country of Crapistan, Natasha has devoured all things American. Finally, through the wonders of the internet, she finds her way to a Bel Air Mansion and into the loving arms of a socially inept internet mogul.

With her own “How to Be an American” scrapbook as a guide, Natasha, the upbeat optimist, takes on impossible challenges with wide eyed enthusiasm. Natasha always gets it done; sometimes it’s with guts, sometimes it’s just luck, and sometimes it’s illegal, but it’s always hysterical.

This “fish out of water” is determined to fit in, and live the "American Dream

Steven Leigh Morris – LA WEEKLY
“No time for regrets in Brooke Forbes, Michael Bachmann and Kate Bowman’s Natasha Mail Order Bride Escape to America: The Musical, a 30-minute romp featuring buxom blonde Forbes as Natasha from Crapistan, aiming to be a cross between Glee and I Love Lucy. The camp-fest has ’Tasha landing in Bel Air, ’Tasha getting thrown off a red carpet during a celebrity fundraiser, ’Tasha scouring Chinatown in search of representation. (Somebody told her she needed an agent, and she heard “Asian.”) Cheeky, frothy and almost pointless, it might well become a hit television series." -