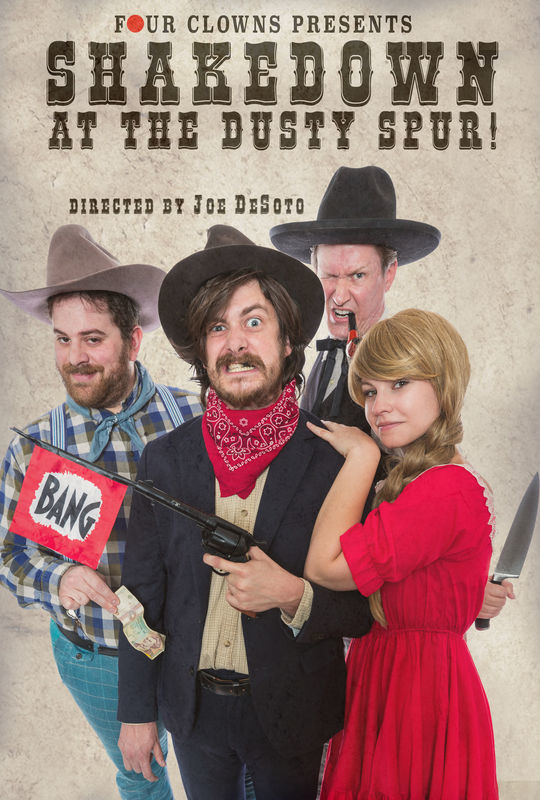 Winner of 7 Hollywood Fringe Awards, Four Clowns makes their triumphant return with Shakedown at the Dusty Spur! They’re dishing out their signature fare of physical comedy, this time with an old western twist. The Dusty Spur Saloon is in danger! The dastardly Dallas Devereaux is threatening to shut it down. Marybeth and Maybelline Maynard have no recourse but to hire a good ol’ fashioned gunslinger to help protect their bar. Will they succeed? Or will Dallas and his henchman be too formidable to foil? It’s a rootin’ tootin’ cowboy shootin’ romp of a show that will have you cheering the heroes, booing the villains, and laughing your chaps off!

Four Clowns is a Los Angeles-based, nationally and internationally touring clown troupe, dedicated to entertaining audiences and shining light on humanity. Four Clowns implements physical theatre, text, music, dance, and the shattering of the fourth wall in all of their productions. Four Clowns is constantly redefining the audience’s relationship to the performers on stage.