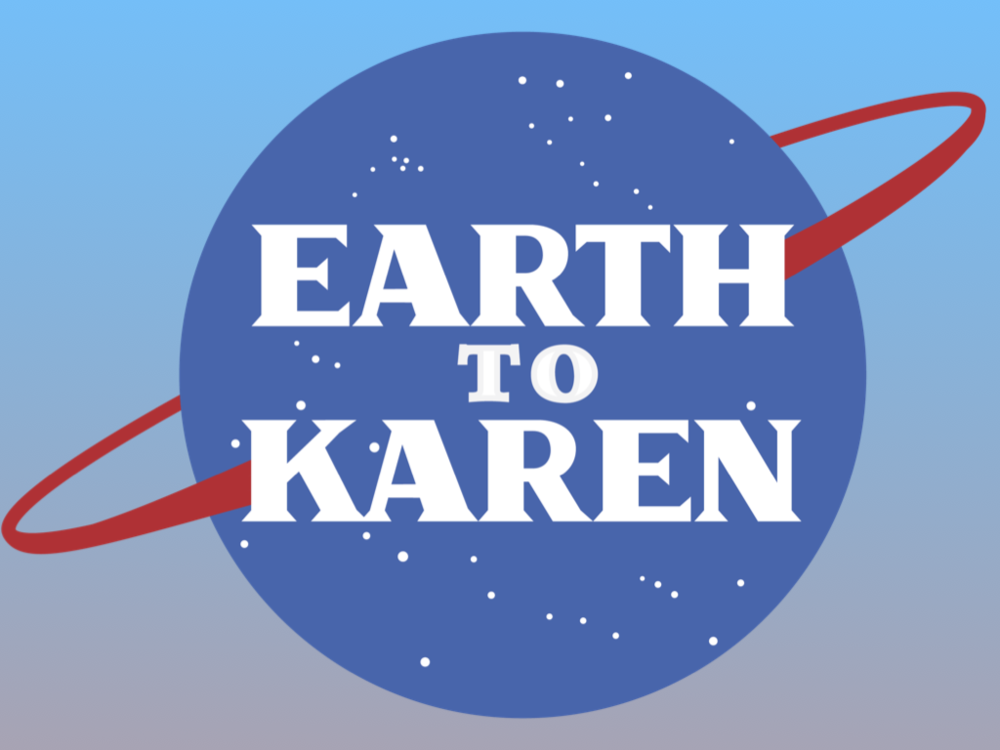 “DIRECTOR Guy Picot keeps the pace cracking on full steam for the one-hour length of the performance, yet finds room for genuine emotion. The ten songs by Mr. Bernstein—passionate, delightful, and funny—expand the action. They are touchingly emotional and ENHANCE THE STORY.” – Paul Myrvold’s Theater Notes

“TIME AND AGAIN, in any show I’ve seen any of these acting/singing/dancing women perform, it has been a 1000% awesome…Guaranteed to be an audience favorite. You’ll easily want to sit through this again and again. HIGHLY RECOMMENDED.” – Tracey Paleo, Gia on the Move

“THE FOUR-PERSON CAST infuses the clever script and songs with wit and heart…With Earth to Karen, writer Zachary Bernstein and director Guy Picot have an enormously cute show in the more-than-capable hands of their stellar actors…once the show gets going, it never lets up – both IN ITS HUMOR AND IN ITS SWEETNESS.” – Lacey Rae Pawlowicz, Media Geeks

Houston, she has a problem.

Karen Spitz was a celebrated astronaut until she made headlines for attempting to kidnap another astronaut after a manic cross-country drive from Texas to Florida. But what most people remember about the story was that Karen wore a diaper while she was doing it. One year later, she’s living in the shadow of a national scandal; unemployed, single, and coasting on the last of her sister’s goodwill. Will a new job at Subway be one small step on her path to redemption, or one giant leap back to infamy?

From the creative team behind last year’s Fringe hit DISASTEROID! (winner of the Best of the Broadwater award; nominated for three HHF18 Awards, including “Best Musical” and “Outstanding Songwriting”), EARTH TO KAREN is a musical comedy inspired by a true story.