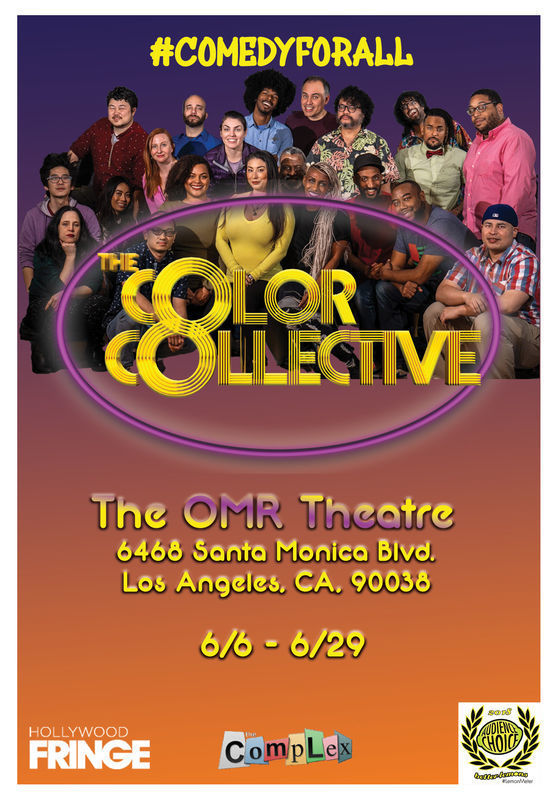 The Color Collective is a comedy variety show featuring diversity and inclusion in everything from music and dance to stand-up and sketch comedy. Winners of a 2018 Encore Award and a 2018 Audience Choice Award from Better Lemons, The Color Collective strives to be a show for all people, where we can tackle topics that typically aren’t (or can’t) be covered by others. Our goal is to make the audience laugh and see past our color or gender and to be sure that the point of view of minorities and women are always heard.

If In Living Color and SNL had a love-child, it’d be The Color Collective – a fast-paced hour-long sketch/variety show, highlighting diverse – and hilarious – players from a wide spectrum of cultural backgrounds. Our show isn’t just “about” diversity, though! We pride ourselves on putting together a team of stellar writers that dig deeper than racial stereotypes, actors who are at the top of their game, and a directing and producing staff that keeps the wheels constantly turning. No matter what color you are, you will see yourself represented on stage.