The Women of Lockerbie by Deborah Brevoort 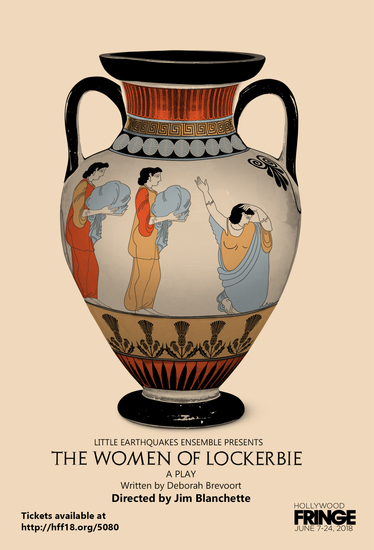 A modern, Greek tragedy about the triumph of love over hate written by Deborah Brevoort. This poetic play is about a mother from New Jersey who roams the hills of Lockerbie Scotland, looking for her son’s remains, which were lost in the crash of Pan Am 103. She meets the women of Lockerbie, who are fighting the US Government to obtain the clothing of the victims found in the plane’s wreckage. Determined to convert an act of hatred into an act of love, the women want to wash the clothes of the dead and return them to the victim’s families. “A powerful, thoughtful exploration of how grief changes over time” The New Yorker