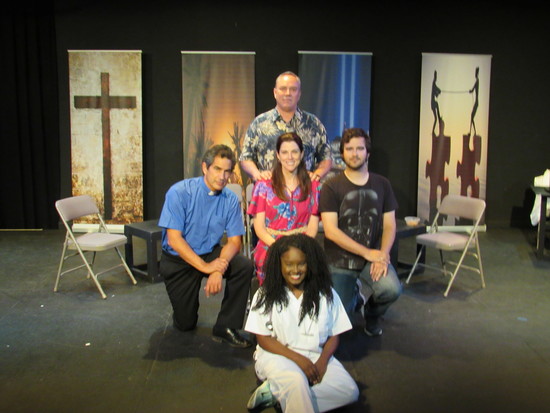 Lois McIntyre and her husband Stephen arrive at the Palm Springs Hospital where her brother, Billy, is dying.She is an east coast conservative whose lean on life borders on bigotry.

Refusing to go to his bedside, Lois bemoans her life with and without her brother. Affronted by Billy’s lifestyle as a gay man, she renounces him, his partner, and people like them as deviants who don’t deserve salvation on earth or beyond.

“We don’t have homosexuals where I come from. There are no gays in Delaware.”

“I blame this whole gay revolution on Rock Hudson. He kept his sexuality to himself for years. Exactly where it belonged. For heaven’s sake, he was an American heartthrob. Women threw themselves at his feet. Some poor girl really missed out. Then he gets AIDS and announces to the world that he’s gay. That was the cattle call for all the gays to break out of their pens. At least Liberace went to the grave with people thinking he was straight.”

When her prejudices collide with her past, Lois is confronted by what they have cost her.