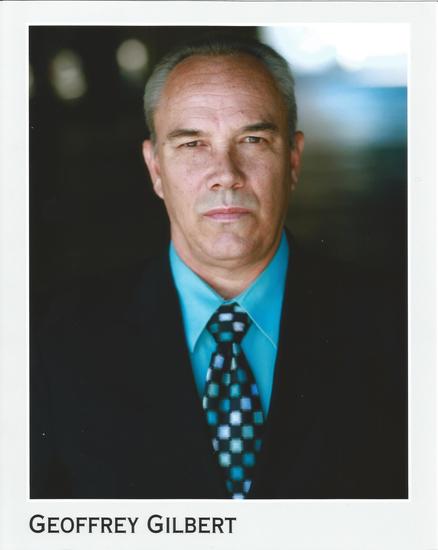 Geoffrey is making his Hollywood Stage debut with great thanks to Writer/Director Robert Rossi and the wonderful ensemble of Cast and Crew his has assembled. Some of his favorite credits include Feature films Perpetual Nexus (in production) and Mom, Murder & Me and Television credits for Devil in the Details, Unusual Suspects and Tabloid. He has also appeared in two Web Series and ten short films. Geoffrey became SAG Eligible in the Web Series Vivian South, which he also wrote, directed and produced. His work can be seen at www.geoffreygilbert.com and www.imdb.me/geoffreygilbert. Theatrically he has studied with Margie Haber and Scott Sedita and continues to train on his own with MasterClass classes with Kevin Spacey and Dustin Hoffman. Geoffrey arrived in Hollywood two years ago through the love and support of his wonderful and beautiful wife and four awesome children and his favorite hobbies are Medieval Sword Fighting, motorcycle riding and Golf.