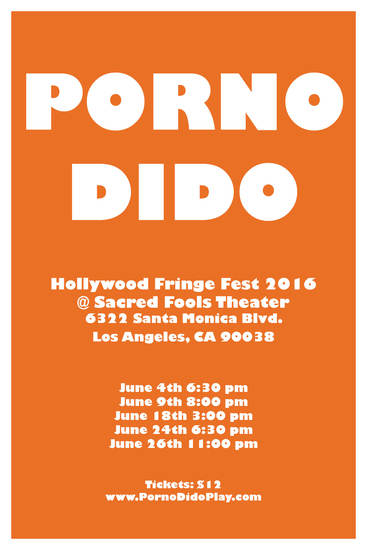 FringeReview: RECOMMENDED. “The performances from the ensemble are uniformly strong, taking us from a sitcom-like premise to much darker territory…” “Graney’s writing is strong and clear and the cast rise up to meet it…Heather Tyler’s crisp direction keeps the action fast, funny and farcical…” http://fringereview.co.uk/…/hollywoodfringe/2016/porno-dido/

What happens to a dream deferred? How far would you go to bring your artistic vision to life? Sex, violence and a mysterious backer derail one transman’s desperate attempt to remake Dido of Carthage. An absurd look into compromise when art and commerce collide. Partial Nudity. Sexual themes. Comedy.

A dark comedy originating in Chicago, this is the L.A. premiere.