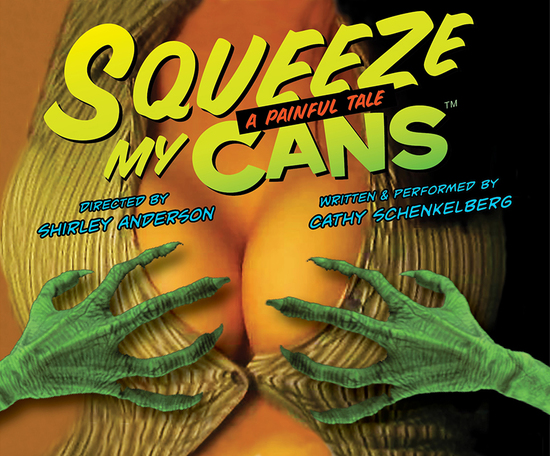 Spending most of her young adult life inside a cult, writer-performer Cathy Schenkelberg emerges to premiere her new original solo show “Squeeze My Cans” for nine performances during the Hollywood Fringe Festival (June 10 – June 26, 2016) at Sacred Fools Theater.

The Church of Scientology had actress Cathy Schenkelberg for 14 years; it took another 5 years to leave them behind in the face of harassing phone calls, midnight knocks on her door by “outreach” staffers, an expensive custody battle and social rejection. She has the courage to tell us this hilarious and horrifying story under the direction of Shirley Anderson with lighting design by Brandon Baruch, sound design by Victoria Deiorio and graphic design by Brett Newton.