BOBBYWOOD: WHATEVER HAPPENED TO BOBBY THE BELLBOY? 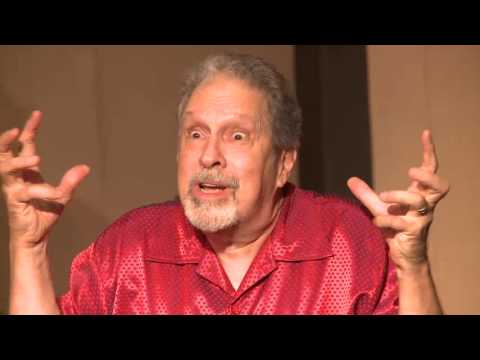 “We could not have picked a better performer to help us kick off the SCREEN ACTORS GUILD FOUNDATION “VOICES FOR VOICES” program. That immediate standing ovation you received for your performance of "Bobbywood"…was well deserved…To a master storyteller, our sincere thanks."
—Paul Pape, Co-Founder Don La Fontaine Voiceover Lab
Screen Actors Guild Foundation

HERE’S WHAT THE CRITICS SAY ABOUT BOBBYWOOD:

• ALONGCOMESMARY: “This one-man show is marvelous.”

• BALANCINGACTPOD Natalie Lipka: “Bill Ratner, an entertaining veteran, an artist, and a true story teller, with Jonathan Menchin’s music setting the mood…this a must see.”

• EXAMINER.COM Bob Leggett: “I fell in love with the storytelling of Bill Ratner last year, and this year’s offering is even better…Don’t miss this show!”

• GIAONTHEMOVE.COM: “Bill is an exceptional story teller…A MUST SEE at the Fringe this year.”

• LASTAGETIMES: “Bobby is gone but not forgotten as long as Ratner keeps telling this atmospheric story.”

Although Ratner knew all his other aunts and uncles, his parents didn’t encourage a relationship with Bobby. He was too “Hollywood.”

Decades later Two-Time Best of Hollywood Fringe Extension honoree Bill Ratner tracked down his uncle Bobby. What he found was a tarnished Hollywood treasure. Come along on the search for Bobby the Bellboy and experience his hopes, dreams, and hallucinations in this unique world premier solo show starring Bill Ratner, one of Hollywood’s top voiceover artists.

Bill Ratner’s stories are featured on KCRW’s “Strangers,” and “The Business,” and “Good Food” on National Public Radio stations. He is the voice of movie trailers: The Incredible Burt Wonderstone, Will Ferrell’s The Campaign, MegaMind, etc., Smithsonian, History, and Discovery Channel documentaries, the voice of “Donnel Udina” in Mass Effect 1, 2 & 3, and “Flint” on G.I. Joe, Robot Chicken, and Family Guy. More info at www.billratner.com.