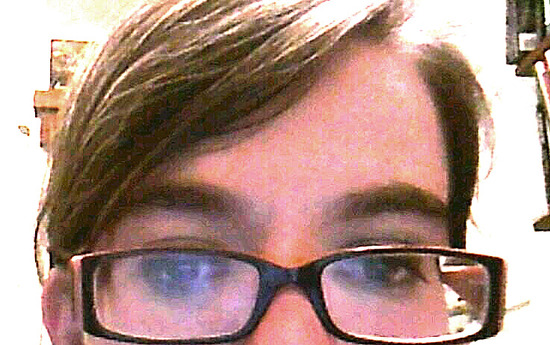 CINDY MARIE JENKINS is a Storyteller / Outreach Nerd based in Los Angeles.

She is Host & Executive Producer of See it or Skip it LA (formerly The Lemon Lounge),a social media / podcast coverage dedicated to this year’s Fringe.

Cindy currently acts as Communications Strategist for Southland Sings and 24th STreet Theatre, was a 2013-14 Center Theatre Group Teaching Artist for the Online Content Student Ambassadors, facilitated a 6-month NEA Digital Collaborative through Theatre Bay Area & LA Stage Alliance and also served on the Steering Committee of Directors Lab West. She was one of the arts advocates who created the #LAthtr hashtag in 2010 to unify the Los Angeles theatre scene.

She curates arts shows on You Tube, live broadcasts experimenting with how G+ and YouTube develop audiences. Cindy was a regular guest on The Crowd Crowd podcast, weekly at Turnstyle News (an NPR affiliate), co-hosts Web Series Watch (on hiatus until fall), where she reviews web series and interview Creators and Innovators. She has been a guest on LaLaLand Talk, In the Room, Angry Patrons, Bitter Lemons, Live & Digital Spill. She regularly contributes to 24th ST Theatre’s blog, Web Grandparent , Bitter Lemons, LAFPI, and previously contributed to ArtJob.org (Arts For LA), LA Stage Times, Atwater Village Now, The Inspired Classroom, Theatre @ Boston Court & The Comics Observer.

Works in progress include Story Consultant for The Palace of Knossos (3D previsualization of a dark ride set in the mythical Minotaur’s Labyrinth), the first novel in her upcoming series The Blue Dragon Scribe Shoppe. She’s revising a trans-media series called MYTHistories, including the performance pieces MYTHistories of the Son and Fatima Quest (both work-shopped at the Indy Convergence, where she is a Resident Artist). Her awareness piece Voices From Chornobyl has been presented in both the US and the UK to raise money and knowledge of the nuclear accident (inspired by Svetlana Alexievich‘s interviews). Voices From Chornobyl Jr. premiered and won Best of 2011 Fringe, while Dragon Compact premiered as part of Moving Arts’ The Car Plays LA, Radar LA International Festival. She’s performed as a Storyteller in the Hollywood Fringe Festival tent, Santa Monica Rep’s 2011 Brecht Gala and Electric Lodge’s max10 series.

Previous community art installations/interactions shown at the 1st Annual Atwater Art Walk, Summer Nights on the Boulevard, The Barnsdall Gallery, The Courtyard Gallery, the Silver Lake Jubilee (2010 & 2011) and the Children’s Festival of the Arts in Hollywood.

The views and opinions expressed here are my own and do not necessarily reflect those of organizations who employ me or with whom I am associated.