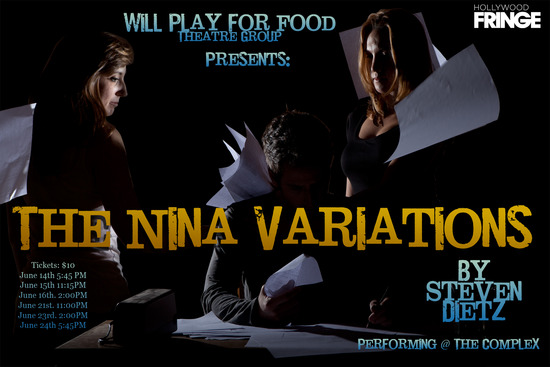 This funny, fast-paced, heartbreaking play takes two of Chekov’s iconic characters, locks them in a room, and doesn’t let them out. In 42 variations on their infamous final scene, Nina and Treplev pit their unmatched wit and fierce passions against one another in this masterful work by Steven Dietz.

Our production adds even more variety by splitting the roles of Nina and Treplev into three parts each, delving deeper into the exploration of love and loss, joy and heartbreak, hope and despair.

Check us out at www.facebook.com/ninavariations