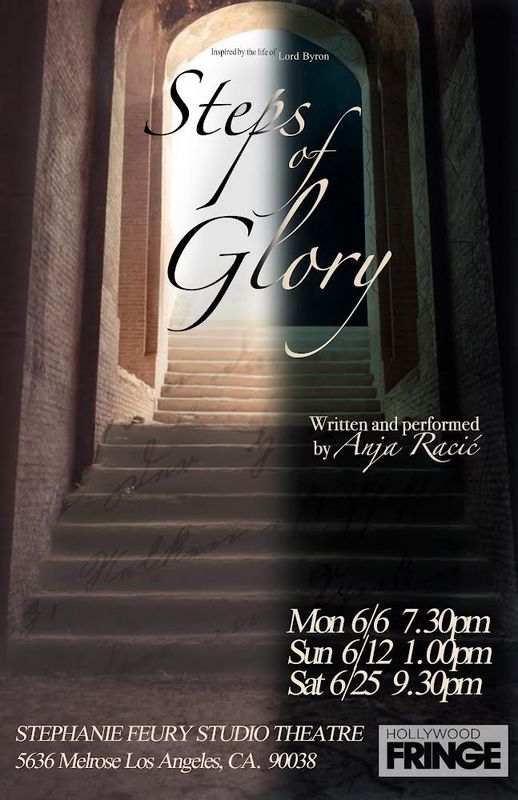 “Steps of Glory” is an original solo show written and performed by a first time Hollywood Fringe Participant, Anja Racić.

What drives the man of words to the edge of silence?

This captivating 19th-century drama is inspired by the life of a revolutionary Romantic poet, Lord Byron.

By embodying his grandiose and ruthless figure in the public light, Anja uncovers his true essence through a shattering revelation. Racić has composed a symphony of language that transcends time and digs deep into an eternal exploration of a parent-child relationship.

In the words of the man himself: “The great object of life is Sensation – to feel that we exist.” This show will leave the audience with a new experience of their own existence.

Anja Racić (Writer/Performer/Producer) – Anja Racić (she/her) is a Serbian multi-hyphenate artist with a background in dance and musical theater. A current student at the Stella Adler Art of Acting Studio in LA, Anja has had the opportunity to expand her learning at Interlochen Arts Camp, Stella Adler Studio in New York City, and Royal Academy of Dramatic Arts in London. Anja strives to create an inclusive artistic environment and through this mission she has created “The Earthlings Ensemble,” alongside other international actors based in LA.