Confessions of a Cat Lady (with a side of crazy!) 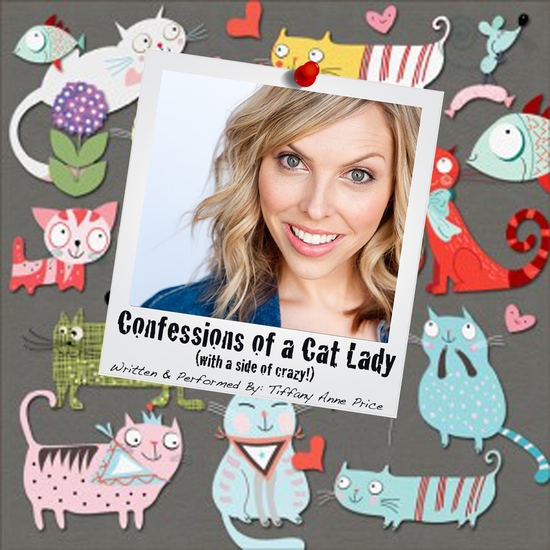 “Confessions of a Cat Lady” is the ultimate expose. The LAist says “this fast paced one woman comedy…is flawless, energizing, & constantly hilarious!” It will have you rolling in your seat with laughter and looking inside yourself by the end. Tiffany inspires audiences to embrace the flaws that make them who they are through reliving the moments in her life you would never want anyone to know about! Jealousy being a recurring theme for her throughout the show. Her honesty makes “Confessions of a Cat Lady” one helluva a brave performance delivered with heart recently named Flavorpill’s Editor’s Pick!

Watch as Tiffany confesses about why her theme song is “HEY JEALOUSY”, her total cat obsession, her self-enforced no pooping in public rule, and about how through it all she still deals with the green eyed monster to this day. She takes the audience on a ride that can only be described as gut busting and endearing. From the moment she bursts on the stage to the very end, when she realizes having a nagging flaw isn’t all that bad, it’s what makes you you-nique and inevitably cheesy! Her ongoing battle with envy is just one part of the giggly ride that is…“Confessions of a Cat Lady”!