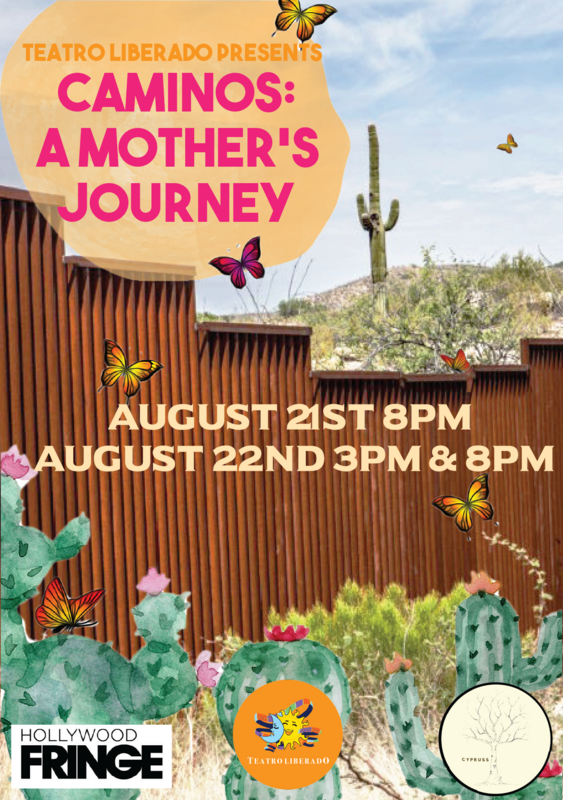 “****OFFICIAL WINNER OF THE HOLLYWOOD ENCORE PRODUCERS’ AWARD ****” PICK OF THE FRINGE*** DIVERSITY SCHOLARSHIP WINNER**BEST DRAMA NOMINEE***
Caminos: A Mother’s Journey is an original one – act play written and performed by members of Teatro Liberado, an up and coming Latinx theatre ensemble based in Pomona, CA. The script is derived from a series of interviews which ensemble members conducted with their own mothers and mother figures in November, 2018. Then, they translated those interviews from Spanish to English and interweaved them into a script. The script aims to encapsulate the experience of immigrating to The United States of America by recounting the stories of 7 women as they face immigration, assimilation, racism, the legal system, and the dangers of crossing the Mexican border amongst other roadblocks. Caminos is a unique piece because it features a strong Latinx femme ensemble , is an accurate representation of Latinx culture, and it embraces theatricality to its fullest potential.

hair and make up designer