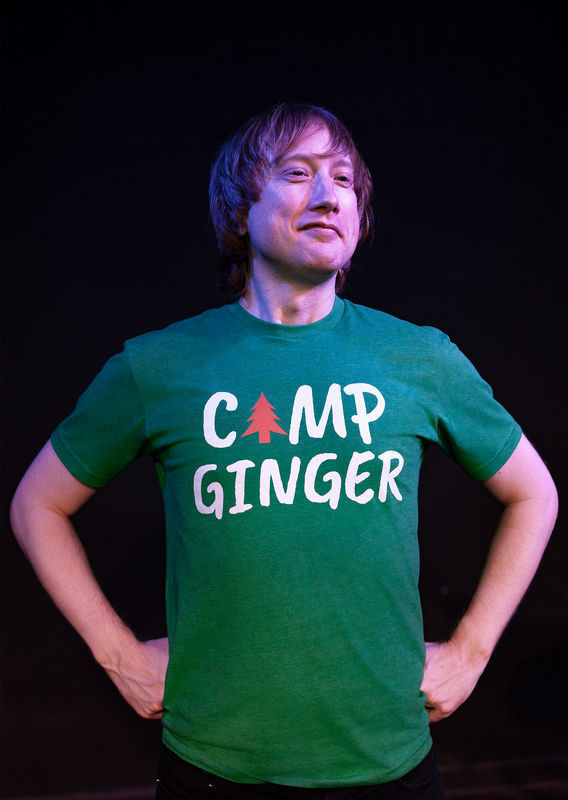 Steve Trzaska plays multiple characters in this one-person musical about finding and embracing one’s true identity. This semi-autobiographical show touches on various issues including bullying, sexual abuse, puberty, and coming to terms with your sexuality. This heartfelt production deals with those issues head on with a comedic (and musical) approach.

Trzaska’s various characters, each with their own song, help navigate these serious topics in an accessible and lighthearted way that will leave you laughing, thinking, and wanting more!
Live accompaniment by Noel Katz who provides an assortment of songs for the musical including “Better Off Red,” “Mister Trashcan,” and “You Play the Flute” to name a few.

Written and Performed by: Steve Trzaska
Music and Lyrics by: Noel Katz
Directed by: Joy Mamey

A PLATINUM MEDAL!!!
Steve Trzaska give an outright gem of a performance, and the songs by Noel Katz are Broadway worthy.
Ernest Kearney, thetvolution.com

Steve Trzaska commits…deeply to this show. His performance is hilarious and also authentic and really sweet. This is pure Fringe delight and brilliantly entertaining.
Samantha Simmonds-Ronceros, Noho Arts District

You can tell from his confidence on stage and the voice that he is well-practiced…and the songs and the music are easy to understand…and they’re accessible. Trzaska can play the flute like no one’s business. Above average!
Patrick Chavis, LA Theatre Bites

Admission age: Some material may not be suited for children under 17.

Important:Proof of vaccination and photo ID or a negative test result conducted within 48 hours (24 hours if taking an antigen test) required for entry into any theater in the Fringe Zone. MASKS ARE MANDATORY!

ABOUT THE PRODUCTION TEAM:

Steve Trzaska (Writer and Performer)- Steve is a theatre, film, television, and commercial actor. While in NYC, he originated a role in a new musical Off-Broadway, worked on several regional contracts, and at the world-renowned Metropolitan Opera. Steve’s Los Angeles credits include shows such as: The Goldbergs, The Middle, GLEE, Brooklyn Nine-Nine, Perry Mason, Marvel’s Inhumans, The Amityville Murders, and many more.

Joy Mamey (Director)- Joy is a director, comedian, writer and improv comedy teacher.  Other directorial credits include "Securing My Insecurities" for Hollywood Fringe Festival 2021, “Going Out Again” with Outside In Theatre, and “Welcome To Hell! With Andi Kryst.” Watch Joy’s sketches online or improv shows live—regularly streaming with Impro Studio and Twitch.tv/outsideinthtr. For more information, visit JoyMamey.com

Noel Katz (Music/Lyrics)- Noel has written twenty musicals that have been produced including his own wedding, which got full-page coverage in The New York Times; Murder at the Savoy, which has had five different British productions; Spilt Milk, which was written up in The New Yorker; and Such Good Friends, which won five awards, including Talking Broadway’s Best Musical Citation at the New York Musical Theatre Festival.

COMPS AVAILABLE FOR MEMBERS OF THE PRESS UPON REQUEST.
PLEASE CONTACT STEVE at [email protected]