The Mayor's Debate of Tranquility, Nebraska 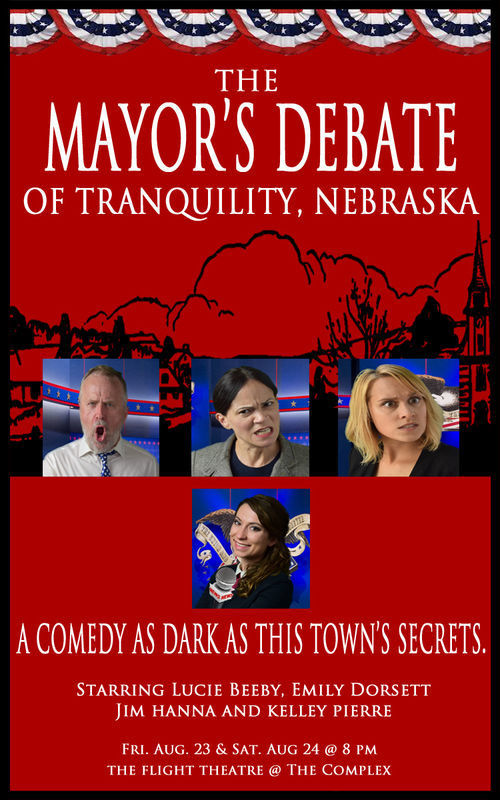 “A comedy as dark as this town’s secrets…”

It’s almost election day in bucolic Tranquilty, Neb. (Pop: 16,434), and the Mayor’s race is going to be a barn burner. Watch the final three candidates face off in the final debate before the votes are cast. The carefully curated civility of small town politics gets tested as Maya Berenger, Scott Jensen and Lindsey Suarez throw down over property taxes, the downtown parking meters and building that soccer field on the north side of town. The bromides and platitudes, however, mask a secret terror that has gripped Tranquility and prevents them from even discussing what happened to the previous Mayor. “The Mayor’s Debate of Tranquility, Nebraska” is a dark, comic satire that strips the polish off of democracy and reveals a horror that prevents the town from even asking: What the fuck is happening at the gazebo in the town square?

From Jim Hanna, the writer of “Human Hothouse: The Aftershow” (Nominated for Theatre Unleashed’s “Unleashed Production” at HFF17). and “The 7th Annual One-Man Show World Championships” (Nominated for Top of Fringe and Best Comedy at HFF15).