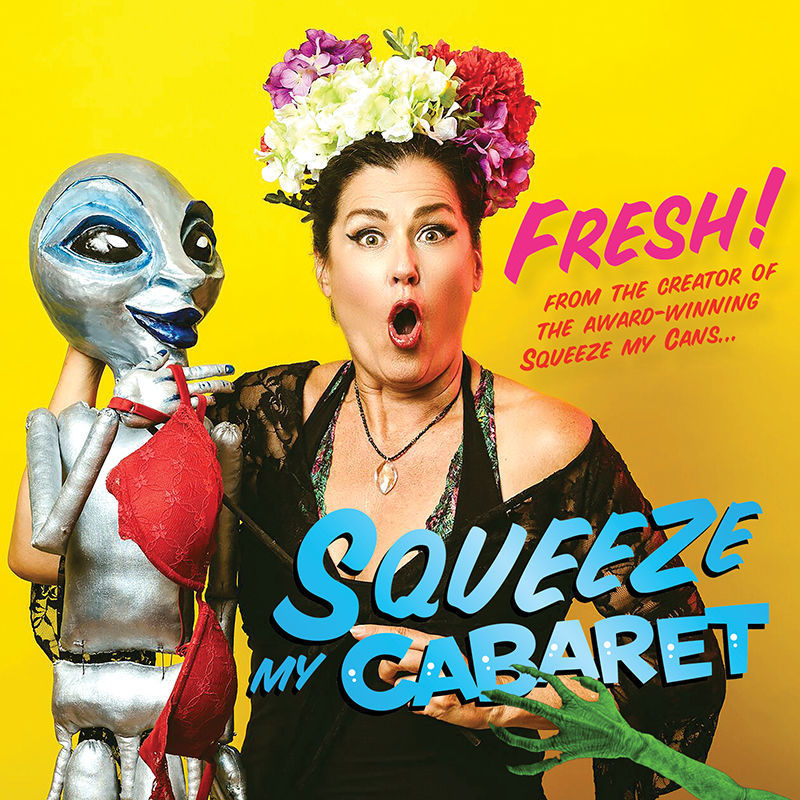 In her true life original solo show, “Squeeze My Cans” Cathy shares a glimpse behind the velvet curtain of Scientology. In this musical “Squeeze My Cabaret” version Cathy decided to poke the bear of this ridiculous and insidious cult, along with its poster child Tom Cruise- in a no holds bar bawdy, naughty, silly musical trip. All the shit she couldn’t say, sing or do while drinking the Scientology Kool-Aid! Oh, she’s definitely going to “ethics” for this one! And she sure hopes she gets spanked! SQUEEZE MY CABARET

Keeping a race, but not frenetic pace, SQUEEZE MY CABARET comes together seamlessly as Schenkelberg buys in completely to everything she does: schtick, singing, puppetry, improv and interaction. The preview audience including children who laughed almost more than most of the adults, and clearly delighted in the theatrical performance presented to them. This is a testament to the underlying warmth and humanity of this hilarious, sparkly, intelligent and engaging show.

She may have failed the audition for Tom Cruises girlfriend, but judging by the work she is presenting at Fringe…it was his loss.