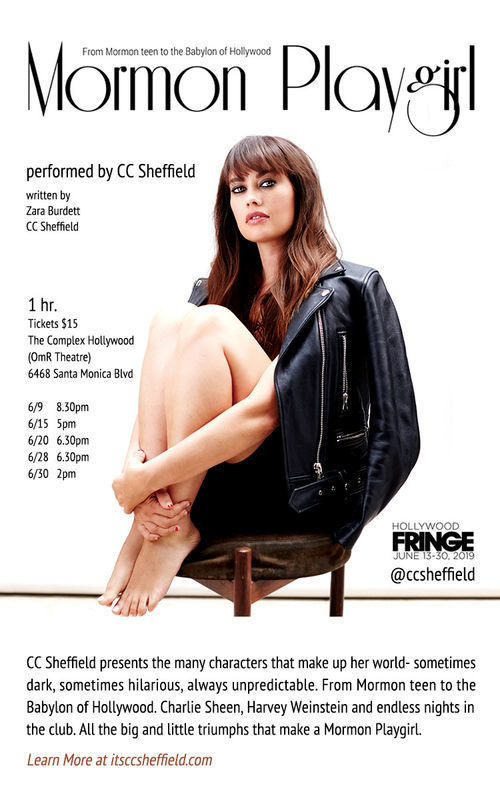 DJ, actress & playwright CC Sheffield presents the world premiere of “Mormon Playgirl”, an original, 45 minute, solo show that reflects the many characters that make up her world – sometimes dark, sometimes hilarious, always unpredictable at the upcoming 10th Hollywood Fringe Festival.
The real-life prodigal daughter who runs away from her Mormon roots & upbringing to embark on a journey of adventure and self-discovery, CC invites us into the labyrinths of her world as she embodies her religious mother, conflicted father, controversial agent, an Ibiza madam, Harvey Weinstein, Courtney Love, Tiësto and other key personalities and experiences that shaped her path.
From defying her mother’s vision of the prophet to challenging the Hollywood hierarchy, CC’s story is one of beautiful vulnerability interwoven with passionate determination to blaze her own trail and refusing to allow anyone to control her or her path. With an accompanying soundtrack that includes a Mormon hymn, The Doors and “Escape Me”, CC’s own released collaboration with Tiësto, this dynamic and captivating show is one not to be missed.
“Mormon Playgirl” opens on Saturday, June 9th as part of the Hollywood Fringe Festival 2019 at the historic Complex Hollywood, one of the oldest established theatres on Hollywood’s Theatre Row.