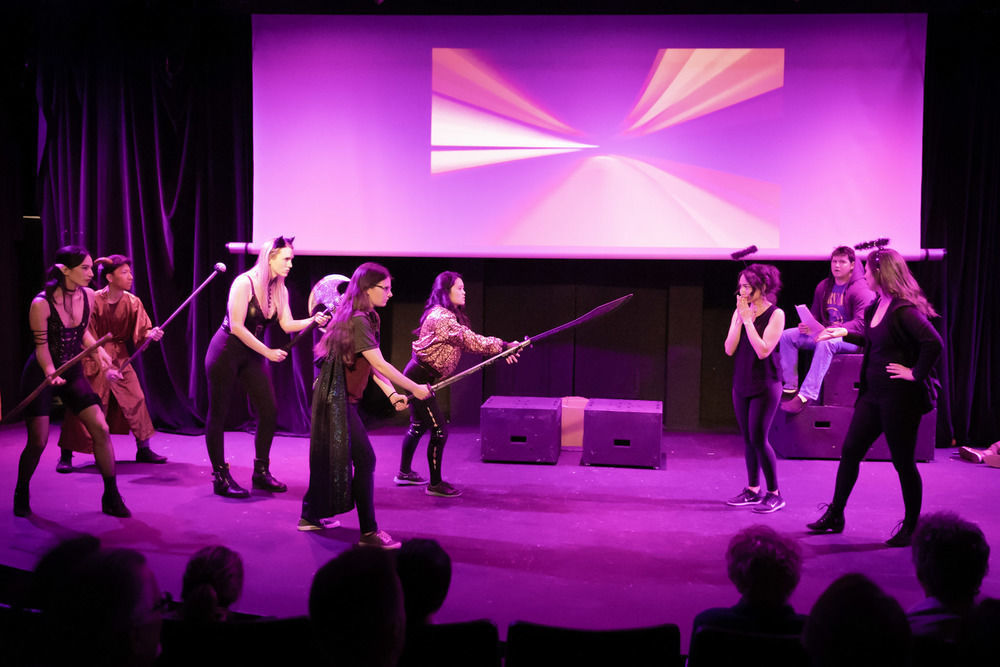 “The women of this company constitute one of the strongest female ensembles I’ve seen at Fringe.” – Jim Blanchette (Transference)

“As someone who doesn’t know a thing about Dungeons and Dragons, I was taken on a journey through an unknown world carried by themes and performances any audience member can enjoy.” – Aiden Rees (An American Video Store)

​"’She Kills Monsters’ is a wonderfully amusing comedy with many hilarious fight sequences and a surprisingly emotional core that is delivered with depth, humor, and grace…" – Edward Hong, reviewer from The Nerds of Color

“The cast shows talent and utter dedication to the material. The swordplay and stage combat help flesh out the story-within-a-story. The ending had me choked up.” – Michael Gordan Shapiro (The Bully Problem)

“One of Qui Nguyen’s more emotionally resonant pieces, brought to life with energy and verve by a cast that was having so much fun it couldn’t help but be infectious.” – Billy Ray Brewton (Rory & the Devil)

“Great cast that love playing with each other. You don’t even have to understand D&D to get the jokes! Fight choreography!!!! Steeeeeve!” - Rasika Mathur

STORY: How do you connect with your sister when she’s dead? By ass-kicking your way through Dungeons and Dragons, of course! That’s the only way for Agnes to get to know her younger sister, Tilly. As the intensity of the D&D game blurs fantasy with reality, Agnes must question everything she knows about her sister and life itself to survive. Qui Nguyen’s play is re-imagined with Japanese-style sword-fighting, visual soundscapes, and shadow work. And monsters. Lots of sexy monsters.