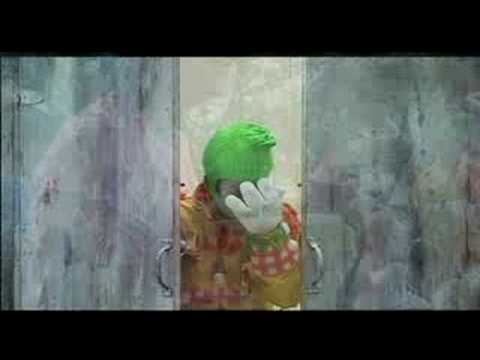 Mission: To present new, unconventional and uncompromising plays and dynamic reinterpretations of the classics; to restore the ancient sense of the stage as a shared sacred space; to introduce theatre to children and help them find their own creative voices; to bring the freedom of self-expression to the incarcerated.

History: Over the past 28 years, The Actors’ Gang has produced work of the highest quality here in Los Angeles, in 40 U.S. states, and on 4 continents. The company was founded in 1981 by a group of young theatre artists looking for a theatre that would present entertaining, meaningful, socially relevant plays. Fueled by the vision of Founding Artistic Director, Tim Robbins, the company provides a supportive environment for a diverse ensemble of artists and the development of their innovative work.

The Actors’ Gang ensemble has included accomplished actors such as Helen Hunt, John Cusack, John C. Reilly, William H. Macy, and Jack Black, along with many other noted actors, musicians and directors. The company has toured with productions as the U.S. representative at the Edinburgh Festival and to New York’s Public Theater with “Carnage, A Comedy” and “Embedded.” In 2001 “Bat Boy, A Musical” won the Lucille Lortel and Outer Critics award for best new musical Off-Broadway. The company’s production of “The Exonerated” toured the U.S., and “The Trial of the Catonsville Nine” toured the U.S. and Australia in 2009. George Orwell’s “1984” (directed by Tim Robbins) played record-breaking runs in Greece, Spain, Australia, China and Mexico.

With our productions and tours we strive to bring communities together in a way that only the medium of theatre can. We focus on scripts that contribute to the ongoing dialogue about our society and culture, while never forgetting that theatre’s primary purpose is still to entertain.

A signature of The Actors’ Gang is its acting method: The Style. This is a unique fusion of the broad physicality of commedia dell’arte, California cinema, and the intense discipline of heightened emotional reality. Using this art form, the ensemble develops plays that address the world through a prism of satire, popular culture and imaginative stagecraft.

Education & Outreach:
• Artist Residency in Elementary, Middle and High Schools – The program uses theatre as a catalyst for students to learn about community building, self-expression and empowerment.
• Actors’ Gang Family Theatre Summer Program – We present a free annual program of Theatre for Young Audiences in Media Park, adjacent to our home at The Ivy Substation.
• Actors’ Gang Prison Project – Company members bring workshops to adult prisons, providing theatrical training to inmates, fostering nonviolent expression and helping to reduce recidivism.
• Dead Man Walking School Theatre Project – The Gang offers the stage adaptation of Tim Robbins’ “Dead Man Walking” for production by high schools and universities. We have been a force in more than 150 universities and high schools nationwide with this project.
• Pay-What-You-Can Night – Once a week we offer a performance for the entire community where we ask people interested in seeing a performance to pay only what they can afford.
• Accessibility – Audio Description and ASL interpreted performances are available to patrons with special needs. Large print programs are available upon request.