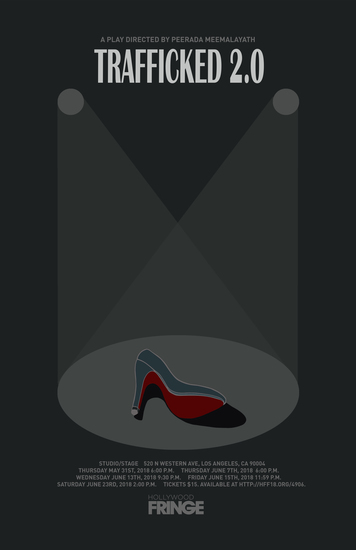 Trafficked 2.0 tells a story that occurs much too often and told not nearly enough. On her 13th birthday, a young girl is kidnapped and sold into the horrors of sex trafficking. While in containment, she meets a young woman who has been there for a long while. They form a special bond until tragedy strikes and they are separated from each other. Trafficked 2.0 is a show that interweaves Thai, Spanish, and English throughout the show and utilizes the expressive movements of the body to represent a story that forces audiences to acknowledge the awful operations that are going on right under their noses, in their countries, in their neighborhoods, by people that they know. It is a powerful, informative, call to action in the most beautiful and heartbreaking way. This show is associated with The Catalyst and the Fringers Alliance.