The Motherf**ker With The Hat 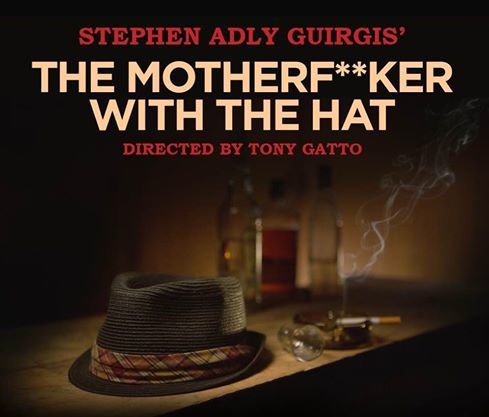 The Motherfucker With The Hat, is described as “a high-octane verbal cage match about love, fidelity and misplaced haberdashery.” Set in the working class neighborhoods of New York City, we follow the story of 2 star crossed lovers passionately trying to unravel years of codependence and addiction, as they struggle with their own flaws of mistrust, lust, and explosive tempers.

Not exactly what you’d call a recipe for a side-splitting comedy. Yet the brilliance that is Steven Adly Guiguis has created a rapid-fire, poetically profane, and hilarious masterpiece that was a smash hit on Broadway, earning many awards, including the Tony nomination for Best Play.

The New York Times called it "a bruising, tragicomic apache dance of love, betrayal and indecision. USA Today said “Funny indeed…not to mention surprising, disturbing and poignant…dark, rich comedy” The Wall Street Journal refers to it as a “unromantically romantic comedy that keeps you laughing, then sends you home thinking.”

Join us as we embark on a truly thrilling journey where a simple hat found in a living room threatens multiple relationships, sobriety, and life as we know it, in this intoxicating and elegantly vulgar look at the intricacies of love and other addictions.