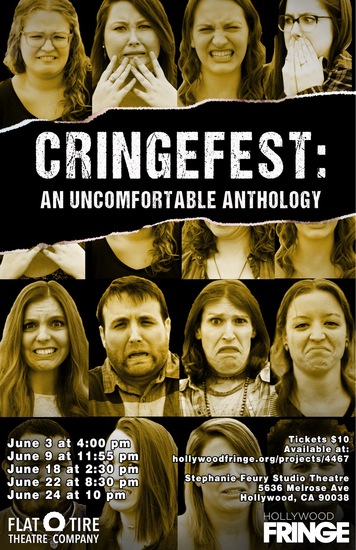 A waitress struggles to tame her wild tables. An apartment’s tenants are interrupted by an obnoxious fire alarm. A young woman perseveres to make it through Christmas at the in-laws’. Two exes must sort out their past before one of them performs songs about their breakup. A failed magician runs into his old partner at the worst time. And finally, an alternative to (cow’s) milk. Join us for a night of feeling embarrassed for the unfortunate souls onstage. The CringeFest anthology is lovingly written, directed, and performed by a collective of nerds that have recently begun calling themselves Flat Tire Theatre Company – follow us on Facebook, Twitter, and Instagram! @flattiretheatre