Suddenly Split and Swiping Over 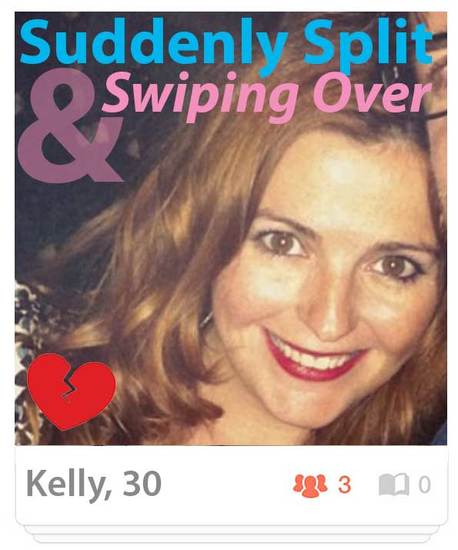 Kelly has been waiting forever for her long-term boyfriend to just propose already, so when he suggests they see other people, she is unprepared to begin dating in the digital age. Follow Kelly’s fun and sexy journey of starting over in a world where her next love could be one swipe away.

“The show is brilliantly written and produced by Tracy Held Potter and directed by Katherine Vondy,” writes Bob Leggett from Indie Voice, who added that he was "treated to a delectable performance by Angela Jaymes.”

“Very funny and very sexy”
“Loved it!"
“I laughed the whole time”
“Incredibly relatable”
“The script was full of detail and insight"
“Amazing performance by Susan-Kate Heaney”
“Delectable performance by … Angela Jaymes”
“Beautiful mix of belly laughs in the audience coupled with poignant honesty"
“Masterfully directed”

This solo performance play began as a class assignment for Tracy’s Dramatic Writing MFA program at Carnegie Mellon University. It was credited as a play that students “remembered from last year.”

When asked if this play was inspired by Tracy’s life, she replied, “I mean, the protagonist’s name is Kelly and mine is Tracy, so obviously it’s not about me. Also, I was 35 when I started dating again and this character is like 30.”

Tracy Held Potter (Writer) Despite installing Tinder on her phone the semester before her program ended, Tracy did receive her MFA and has had work produced across the country by All Terrain Theater, Pittsburgh Opera Theater, Bay One-Acts Festival, and the SF Playwrights Foundation. In 2013, she won Best of Fringe for co-writing “Babies, the Ultimate Birth Control: Terrifyingly Hilarious Plays about Parenting” with Rachel Bublitz at SF Fringe as well as Audience Choice Awards with Monday Night PlayGround. Like any single mom writer moving to LA, she’s also developing a web series, writing screenplays (she won an Alfred P. Sloan Screenwriting Award for “Science Fair the Musical”), and trying to get into television. tracyheldpotter.com @tracyheldpotter

Katherine Vondy (Director) is a Los Angeles-based writer and director whose work spans film, theater and literature. “The Fermi Paradox,” her full-length play, is the recipient of the 2015 Davey Foundation Theatre Grant, and her award-winning short film, “The Broken Heart of Gnocchi Bolognese,” has played at festivals worldwide. Recent projects include collaborations with noted LA musical comedy sketch group Lost Moon Radio and educational video company CreatorUp. The recipient of residencies from the HBMG Foundation, Vermont Studio Center, Starry Night and Wildacres, Katherine’s work has also appeared in many literary magazines and journals. She received a BA in English and Music from Amherst College as well as an MFA in Film and Television Production from the University of Southern California. katherinevondy.com @walkingdeadpan

Susan-Kate Heaney (Actor) is a graduate of NYU’s Tisch School of the Arts (BFA in Drama) and a recent transplant to Los Angeles. Recent credits include Shirley in Masters of Sex, Linda in Pant Suits (with Bryce Dallas Howard) and her comedy web series Top Mop (Funny or Die). Her latest solo show Facebook with Mom has been running at Second City. Susan-Kate performs improv and sketch (Groundlings, Second City, The Comedy Central Stage) and stand-up. She is repped by Talentworks, Robyn Bluestone Management, and Peikoff Mahan Legal. susan-kate.com @sue_kate

Angela Jaymes (Actor/Understudy) is STOKED to be making her professional west coast theatre debut with All Terrain Theater. She is a recent transplant from Boston, MA and a proud alum of Emerson College. After obtaining her teaching license in Theatre in 2014, Jaymes went on to study acting at the prestigious National Institute of Dramatic Art (NIDA) in Australia (2015) and most recently began studying improv at UCB in Los Angeles (2016). Her work has been recognized by the Kennedy Center American College Theatre Festival as well as the Independent Reviewers of New England. angela-jaymes.com

All Terrain Theater was founded in 2010 as an independent theater company in the San Francisco Bay Area, dedicated to producing original work and supporting the development of new artists. Since then, All Terrain Theater has produced 12 full productions of plays written primarily by women, including Savannah Reich, Rachel Bublitz, and Barbara Jwanouskos. All Terrain Theater also hosts an annual solo performance festival called Women in Solodarity to build the community of female writers, performers, and directors. This is All Terrain Theater’s first production in Southern California. allterraintheater.org @allterraintheat