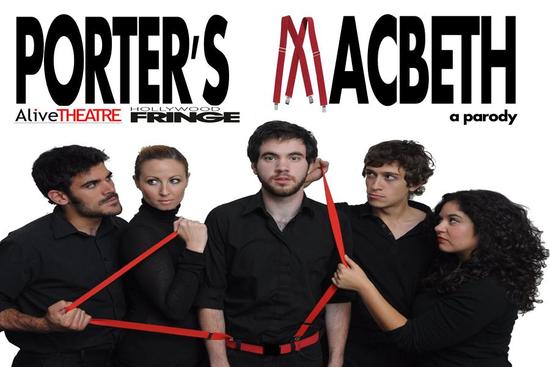 A Parody. It is a tale told by an idiot. The Porter is our guide through this tale, although, it may be ultimately different from the Scottish play you know, as the Porter will say, “I am not as good a storyteller as that sonnet lover and I was drunk for most of it.” Through heightened physicality, A’Capella music and some of Shakespeare’s text Porter’s Macbeth examines the events of the original tale viewed through the eyes of the lowliest character known to Scotland. Drink is the great provoker of this play’s new storyteller as he attempts, with his cast of memories, to present everything he remembers with only eight people and a few chairs. Porter he was and Porter he remains even though the world around him has changed for better or worse. “I pray you, remember the Porter.”