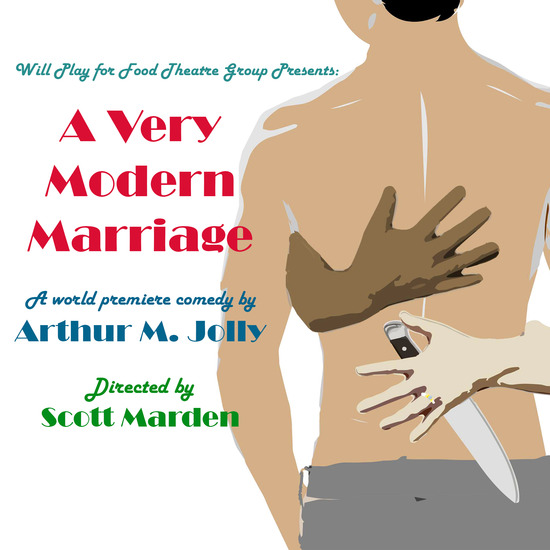 This world premiere play by Arthur M. Jolly examines the current state of marriage with a script that is simultaneously honest and absurd.

Matthew and Tina have a volatile marriage that isn’t helped when their anniversary is crashed by Tina’s friend Christopher who has just broken up with his boyfriend. Vowing to do everything he can to help, Christopher quickly noses his way into their home and their lives and we learn there may be some deeper motives at play.

Unexpected people leave and even more unexpected people grow closer than they ever anticipated. Suddenly the only way to make this marriage work is to come to an altogether unique and very modern conclusion. Like an Odd Couple for the modern age, this comedy is full of love and laughs and nothing you’d expect.

will play for food theatre group *