WARREN AND THE TEAPOTS 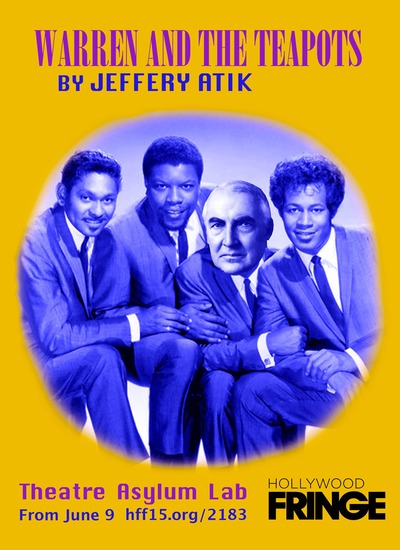 Warren G. Harding is in love. And he’s not paying attention. He is the “best of the second-raters” choice for the Republican nomination. His mistress is a German sympathizer, his most ardent admirer is a 14-year old girl with plans, and his backers are out-of-control corrupt. “Warren and the Teapots” follows the rise of Warren G. Harding who becomes America’s worst president – and the cabal of Republican senators (realized as the 50s doo-wop group The Teapots) who celebrate Warren’s unmistakable mediocrity.

A new comedy by Jeffery Atik.
The latest from L.A.’s Portable Currency, the makers of the HFF14 hit TELENOVELA WIVES OF PANCHO VILLA.