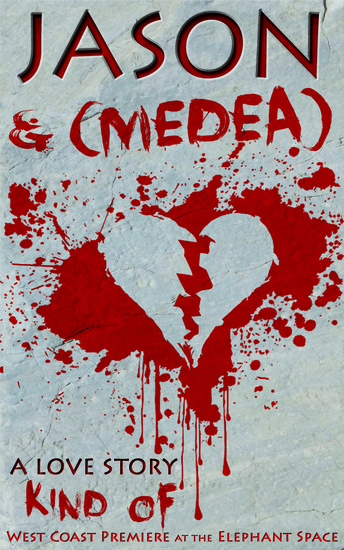 Jason & (Medea) is a re-imagination of the classic myth. Utilizing contemporary poetic style, heightened movement and modern language, the play follows Jason and Medea through the part of their story that never gets told: the love story.

Juxtaposed with bouts of surprising humor, these well known characters navigate the path to their future selves through fundamental questions about love, sex, gender and power.

“Jason and (Medea) is crafted with care and detail as it incorporates not only a mix of contemporary dialogue, heightened stage movement, and a poetic flair, but also gives audiences a fresh approach to this oft-told tale.”
—Chicago Theatre Beat.

“Shakes off the dust of centuries to arrive at something freshly inspired and immediate… compelling”
—Chicago Critic.