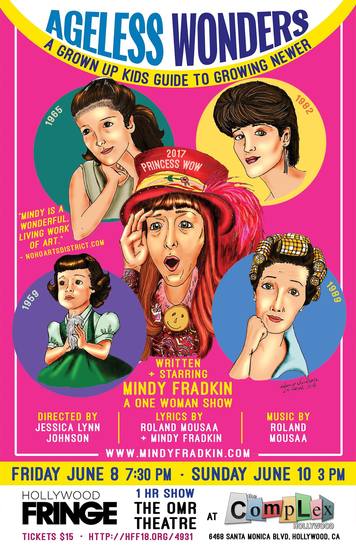 I am a solo performance artist, singer/songwriter, hat designer,
spiritual seer, fashion icon.I have been performing since 9 when I booked myself for my own birthday party. I was a wardrobe stylist for print, TV and Film, and an actor spotted my comedic talents. Comedy school was next, and stand up comedy, which led to making hats & Hat’s Entertainment. New York Times featured my work, Good Day New York several times, and other news outlets.
I have been called an artist/revolutionary. Founder of The Smile Revolution raising conscious awareness to the healing power of a genuine smile I have an album of songs about the power of a smile. I am a woman who is called a walking piece of art or a walking rainbow as I dress in bright colors to uplift others.