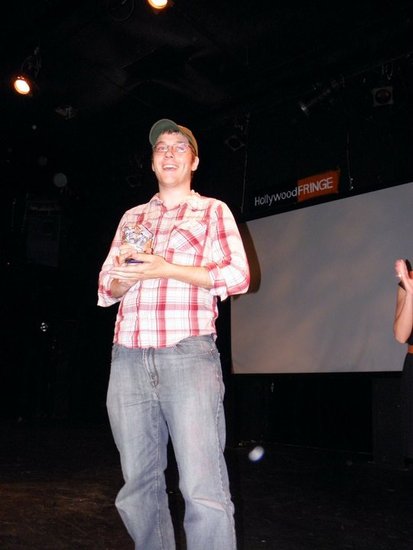 Aaron Kozak made his theater debut in 1990 as Tom of Warwick in “Camelot” at the Lamplight Theatre in Nacogdoches, Texas. Since then, he’s performed in over forty plays, seven feature films, and countless shorts. As a playwright, he is privileged to be affiliated with the International Fringe circuit. His play “Goodbye, Love. Goodbye, Joy. Hello, Travis McElroy.” was performed at the Capital Fringe Festival in Washington, DC; and his play “The Birthday Boys” received several awards and nominations at the 2010 Hollywood Fringe Festival. “The Birthday Boys” also received the highly coveted TUny Awards for Best Play, and was listed as one of Los Angeles’ top 10 plays of 2011 . In May of 2011, “The Birthday Boys” was the first play produced since the Vaudeville era at the historic Texas Theatre, where Lee Harvey Oswald was captured after shooting JFK; and the run was recognized as Dallas’ top touring show of the year alongside the National Tour of Billy Elliot. Last year, “The Birthday Boys’” also made both its New York debut at the Access Theatre and its international debut in Sydney, Australia at NIDA’s Parade Theatre. Aaron has a B.F.A. in Drama from the University of Oklahoma.