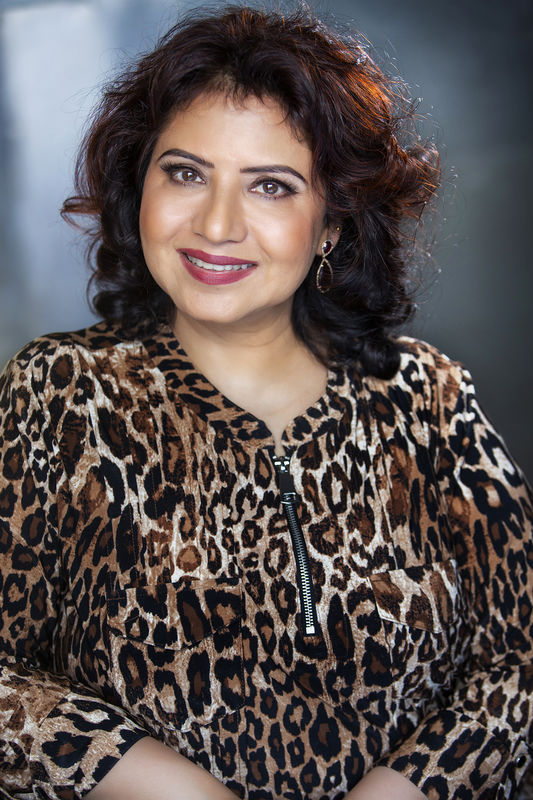 She is theatre’s child, a passionate artist and soulful performer who mesmerises her audience whenever on stage. Aishveryaa Nidhi is a veteran who has acted in more than 25 stage productions, 10 films, Print and TV commercials in roles/plays as diverse as Gandhari, Kuntiputra Karna, and Madragora in a span of more than two decades. Aishveryaa has given voice to characters from Indian mythology that otherwise remain silent or have been known to remain mute in epics of heroic tales.

She is the Artistic Director of Abhinay School of Performing Arts and as a founder president she has promoted her mother tongue Hindi in her productions. She is one of the driving forces in establishing a cultural contact between two countries. Actively involved in popularising Indian art and culture outside India, her instructional classes and professional performances have contributed immensely in the coming together of two culturally diverse countries. Artistic programmes at Abhinay School strive to expand the culture’s expressive range fostering its stylistic evolution in Australia.
One of the memorable performances by Aishveryaa is undoubtedly ’Gandhari…in search of light’ directed by Arvind Gaur where she portrayed various characters from Vyasa’s Mahabharata. Her stance alternates beautifully from one character to the other and makes it easy for the viewers to distinguish the protagonists. With every change, she slightly accelerates the pace to add an emotional punch as the play progresses.
Among her other achievements, she is the only Indian Australian actress to be nominated for Best Actress Award in Short & Sweet, Sydney 2009, the biggest festival of 10-minute-plays in the world for her powerful performance in Mandragora (written by David Sharpe and directed by Lisa Eismen). She is also the only Indian Australian director in Sydney whose work was invited to be performed in People’s Choice Showcase in Short+Sweet festival Sydney. She has received numerous community awards for her contribution to promoting art & culture. Under her able guidance her school has won ‘Community group of the year’ award at St George Community Awards, Sydney for two consecutive years 2014 and 2015.
She is the Associate Producer of the 2006 Hollywood drama-mystery ‘Beyond Life.’ She has also produced and directed the Aussie-Bollywood flick ‘Flight to Bollywood’. She has performed extensively in India, New Zealand and Australia. For more information, visit ww.aishveryaanidhi.com