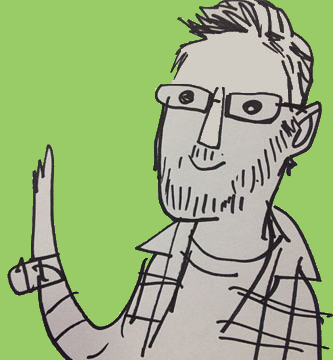 Brandon Beck is a screenwriter and director living in Los Angeles, CA. Brandon graduated from SUNY Purchase’s Theatre, Arts & Film conservatory with a BFA in Dramatic Writing (TV Concentration) in 2010 and obtained an MFA in TV Writing and Producing from The TV Writers Studio (Long Island University) in 2012. Brandon is the co-writer and director of the Channel 101-winning webseries My Racist Toaster, which is exactly what it sounds like. His most recent play, The Wheel of Invention won the Runner-Up for Best Musical at the 2015 Los Angeles Theatre Festival. He has written for Blue Rock Public Radio, Live Foreign Film Dub, and multiple webseries and independent pilots. He is also more than happy to talk with you about Phish.