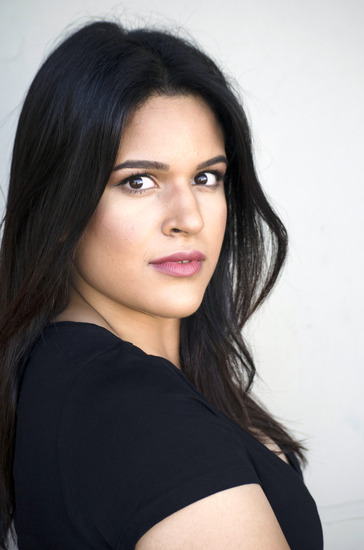 Gabriela was born and raised in the Dominican Republic and is an LA based Actress, writer and Spoken word poet. She recently graduated with Bachelor of Fine Arts in Acting at the University of Southern California (class of 2017!)

In the fall of 2015, as a junior in college, Gabriela started in The Road Theatre Company’s world premiere “HOME FREE” by Lisa Loomer, for which the LA Times referred to her performance as “pitch perfect”. The show went on to win Best Ensemble at the NoHo Fringe Festival

In the spring of that same school year, Gabriela began pre-production for her own solo show “Las Garcia” about her family’s heritage in Dominican Republic. The show played for sold-out audiences at the 2016 Hollywood Fringe, was nominated for 5 accolades (including best solo show), and won the first ever Fringe Diversity scholarship.

As a writer, Gabriela helped develop “The New Artist’s Festival” at the 13th Street Repertory Company in NYC in the summer of 2014. As part of the festival, she helped produce 7 original one-act plays (2 which she directed, 1 which she wrote), as well as two MainStage productions (Rabbit Hole, Dark Play/Stories for Boys). In the fall 2016 she was selected as one of the featured writers of EST/LA’s Winter Playwright’s festival with her play “In the heart of the sun”.

At USC, Gabriela won two awards: in 2016, the Aileen Stanley Award for excellence in Acting and in 2017 she won the John Blankenship award for Outstanding creative talent.

Other theatre roles include: Caroline’s Grand Finale at the Blank Theatre (Ex-Girfriend), Mi Casa / Su Casa at The Lyic Hyperion (Teresa), SPIT! at HFF15, The House of Bernarda Alba with the Bilingual Foundation of The Arts (Magdalena), Grey Street, The Musical (Off-Broadway Workshop, Ensemble)

She is Managed by Nick Campbell at Velocity Entertainment and is currently seeking a Theatrical Agent
For more info visit Gabriela’s website:
www.ortegart.com
@gabrielaortega5 on Instagram